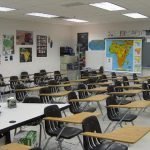 I currently serve as Vice President of the Conference and Faith and History. (I become president in the Fall). I am proud to say that the Conference is one of the scholarly organizations who are condemning laws limiting teaching on […] 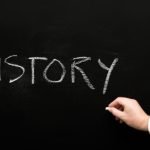 Our culture war is rooted in competing perceptions of the American past. Here is Peter Burkholder of Fairleigh Dickinson University and Dana Schaffer of the American Historical Association at Time: Our recent national survey of people’s understandings and uses of […]

Here are a few that might be of interest to readers of The Way of Improvement Leads Home: Award for Scholarly Distinction: David Levering Lewis, New York University. Eugene Asher Distinguished Teaching Award: Robert D. Johnson, University of Illinois at […]

Here it is: On September 17, the White House announced, “In commemoration of Constitution Day, President Trump will travel to the National Archives to participate in a discussion on the liberal indoctrination of America’s youth through the 1619 Project, Critical […]

If you are teaching history online this semester, the AHA has gathered a lot of excellent resources here.

No, it is really cancelled, as in “not taking place.” 🙂  It looks like I am not going to Seattle in January. Here is the AHA letter sent today to its affiliate societies: Dear Colleagues After careful deliberation, the American […]

The number of full-time faculty jobs in history has declined over the past year, but the history job market appears to be stabilizing. The number of Ph.D.s in history is dropping. Here is Colleen Flaherty at Inside Higher Ed: The new […]

Good news from the American Historical Association: Ask any department chair, and most faculty, what the most vexing data point during the academic year is and the most likely answer would be “enrollments.” In a data-obsessed age when it seems […]

[youtube https://www.youtube.com/watch?v=NxgQIAHX8kg&w=560&h=315] Here is Grossman at Perspectives on History: Access to research materials—both print and digital—is crucial for any historian engaged in scholarship and teaching. For historians working outside of well-resourced colleges and universities, gaining access to these materials has become […]

At its annual meeting in New York City, the American Historical Association approved the following resolution: RESOLUTION CONDEMNING AFFILIATIONS BETWEEN ICE AND HIGHER EDUCATION In light of the serious and systematic violation of human rights committed by both the US […]

NOTE:  This is a revised version of a post I wrote in January 2013. What do all of these former American Historical Association presidents have in common? 2020: Mary Lindemann: University of Miami 2019: J.R. McNeil: Georgetown University 2018: Mary Beth Norton, […] 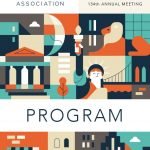 Is anyone interested in a writing a post or two (or three or four or five…) from the Annual Meeting of the American Historical Association (and/or related meetings) in New York from January 3-6, 2020? Once again The Way of Improvement Leads […]

Here are a few of the winners: The Albert J. Beveridge Award on the history of the United States, Latin America, or Canada, from 1492 to the present Nan Enstad (Univ. of Wisconsin–Madison) for Cigarettes, Inc.: An Intimate History of Corporate Imperialism (Univ. of […]

Here is the latest from the American Historical Association: After years of declines, undergraduate enrollments in history courses held steady in the last academic year. Last summer, the AHA conducted its third annual survey of history departments and joint academic […] 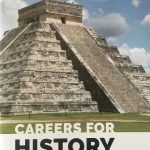 I was happy to receive this in the mail yesterday.  I am thrilled that the good folks at the American Historical Association asked me to contribute to it.

NOTE:  This is a revised version of a post I wrote in January 2013. What do all of these former American Historical Association presidents have in common? 2018: Mary Beth Norton, Cornell University 2017: Tyler Stovall, University of California-Santa Cruz 2016: Patrick […]

According to a recent report from the American Historical Association, the undergraduate history major is in steep decline.  In the last six years, the number of history majors in American colleges and universities has dropped by about 33%, more than […] 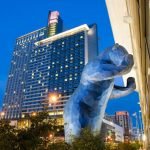 Is anyone interested in a writing a post or two (or three or four or five…) from the Annual Meeting of the American Historical Association in Chicago from January 3-6, 2019? Once again The Way of Improvement Leads Home is […]

It will replace AHA Today.  Here is the press release: In September 2006, AHA Today launched with a simple goal: to report on the latest happenings in the discipline of history that are too time-sensitive to wait a month or more for […] 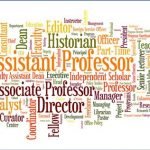 The largest concentration of history Ph.Ds work along the northeast corridor between Boston and Washington D.C. Check out Dylan Ruediger‘s blog post at AHA Today: “The Geography of History PhDs.”  A taste: Knowing where historians live raises important questions about […]