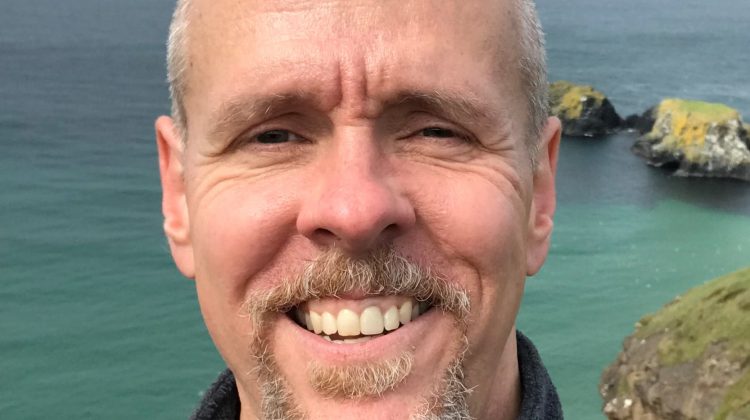 Over at The Atlantic, David Frum revisits James Sweet’s column at the Perspectives on History. I covered this controversy about history and presentism in a way that was favorable to Sweet’s position. See these posts:

What I love about James Sweet’s piece presentism

George Will responds to the James Sweet controversy on presentism

How to Be an Activist Historian

Frum went to the University of Wisconsin-Madison to interview Sweet. Here is a small taste:

In early September, I visited Sweet in Madison to ask him about the whole affair. I found someone still shell-shocked by the onslaught from colleagues and even friends.

“I thought I was going to provoke some conversation and maybe piss a few people off, but I didn’t think it was going to get the kind of vituperative and sustained blowback that it received,” he told me. “In many ways, I think people looked at and imposed the politics they wanted on the piece. I talked about poor uses of history on the right and the left. But my colleagues saw only the critique of the left. And they’re not used to seeing those.”

In the weeks that followed his essay’s publication, Sweet had come under immense pressure. He joked ruefully about the surprise of finding himself cast in an unexpected role as the voice of white power. He had grown up in North Carolina during the desegregation of schools there after 1974. His family was one of the few white families to remain fully committed to public education after U.S. courts imposed busing for racial balance across Mecklenburg County. He learned Spanish from his stepmother, a native of Venezuela of Samoan ethnic origin.

After floundering in college, Sweet worked an entry-level job in airport operations before gaining a place at graduate school. His ultimate academic success felt hard-won, he told me, not an easy gift from some hypothetical establishment. His whole career, he believed, had been devoted to advancing the widest kind of human understanding. Yet now he was on the receiving end of what felt like a determined and willful misunderstanding.

“There are voices in the organization that want to see the piece retracted,” he told me. “There are people who are calling for me to resign.” But he was also at pains to say that he had not recanted his view about the direction of the historical profession. “The apology I issued was very directed, but not a retraction,” he said. “I didn’t withdraw any of the arguments I made. I underestimated the extent to which people would react in emotive ways. People were angry that they thought I was defending a particular past.​”

In the interval between the original controversy and our conversation, Sweet had discovered that many of his colleagues—and many in the history-reading public—agreed with him, even if they hesitated to say so publicly. “I received almost 250 emails which were almost the inverse image of what was going on on Twitter,” he said. “Those were long, considered, thoughtful emails, not just 280-character responses.”

Reflecting on the tumult, Sweet was most worried about a weakening commitment in the academy to the cherished ideal and methods of the historical profession. “There is a move among some of my colleagues to expand the definition of scholarship, to change the way we assess scholarship,” he told me. “I worry there will be a move to de-emphasize the single-author manuscript: the book. Instead, anything that uses the historian’s craft or skills could count as scholarship. The most radical version might even include tweets, or at least blogs or essays online. How do you determine, then, what is political and what is scholarly?”

This attempt to separate history from politics is rejected by Sweet’s critics as at best naive, at worst dangerous. When has history-writing been nonpolitical? When George Bancroft, writing in 1830s America amid Native American removals and the expansion of the cotton empire, wrote the story of the nation as one of democratic progress—was that not political? When William Dunning and his many influential students depicted Reconstruction as a “tragic era” of northern vindictiveness and African American corruption and abuse—was that not political? When modern-day “presidential historians” tell the story of the United States from the Oval Office down, rather than from the streets and neighborhoods up—is that not political, too? Brown University’s Keisha Blain replied to Sweet in The New Republic:

“Black historians … have never had the luxury of writing about the past as though it were divorced from present concerns …  We are fighting for our lives. The commitment to engaging present concerns is not simply a method or approach to the scholar’s craft of research and writing. It is a matter of life and death.”

To this, Sweet would reply: If academic historians succeed in convincing Americans that history is properly a tool for a political purpose, they will be starting a fight they will not win. Subjugating history to politics has inherent risks, he told me, noting that “the approaches of the hard right are not dissimilar to the way the profession is lurching or creeping today.” The people who hold power inside the academy may feel insulated from the rest of society, but they are subject to the much greater power that can be wielded outside the academy. Sweet’s attempt to erect a firewall to protect the academy from politics and power pushes against the dominant trend in history generally, and in African and African-diaspora history in particular. In the 21st century, many involved in academic history in the United States, the United Kingdom, and Western Europe have rejected ideals of detachment in favor of a passionate new engagement. They have undertaken a new mission: to confront the societies around them with a record of their faults and crimes.