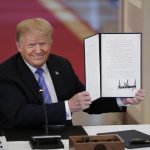 If you are not familiar with the 1776 Commission, get up to speed here and here and here. Here is The Washington Examiner: The education advisory commission set up by former President Donald Trump will resume operations despite being disbanded by President Joe […]

Here is Rob Way and Jared Kofsky of WCSC TV: South Carolina lawmakers are considering a bill that would require “instruction in United States foundational history” for all public middle and high school students in a way that is consistent […]

Many of you are familiar with Georgetown University historian (and recently retired editor of Dissent) Michael Kazin‘s negative 2004 review of Howard Zinn’s A People’s History of the United States. Kazin brings a similar historical sensibility to his review of […]

Read previous installments in this series here. Part Four of the 1776 Commission Report covers what it calls’ “Challenges to America’s Principles.” Slavery is identified as one of these “challenges.” At this point in our series it is important to remember […]

Read previous installments in this series here. It is now difficult to find the 1776 Commission Report, but I managed to locate a copy in the Internet Archive. The authors begin with the Articles of Confederation. The report teaches a […]

Read the entire series here. As I type, I am learning that Joe Biden will rescind the 1776 commission today. But I will go ahead with my analysis since I imagine that states with conservative governors or legislators may try […]

Yesterday, in his final days in the White House, Donald Trump released the results of his 1776 Commission. He describes the report as a “historic and scholarly step to restore understanding of the greatness of the American founding.” The report […]

As COVID-19 cases reach record heights and our country faces unprecedented cyber-attacks, Donald Trump is making appointment to his 1776 Commission. Trump established the commission by executive order on November 2, 2020 and Joe Biden is likely to eliminate it […]

Some of you may recall Donald Trump’s November 2, 2020 executive order establishing the “1776 Commission.” We wrote about it here and here. Here is a taste of the order: The 1776 Commission shall: (i)    produce a report for the […]

When Trump announced the 1776 Commission we all knew it was a campaign stunt. We should thus not be surprised that he issued an executive order today that established the aforesaid commission. Of course if Trump loses tonight, the 1776 […]

Brandi Collins-Dexter and Joan Donovan of the Harvard Kennedy School’s Shorenstein Center research media manipulation and disinformation. Columbia Journalism Review just published their fascinating piece about how “1776” became the battle cry of the MAGA movement. A taste: Our research […] 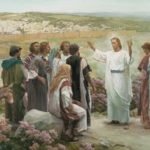 Yesterday I did a post on John Allen Chau, the missionary killed at the hands of an indigenous tribe on the island of New Sentinel off the coast of India.  You can read it here. It is hard to gauge […] 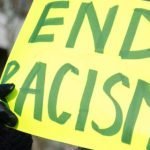 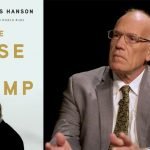 Historian Joshua Tait calls-out the so-called “Trump intellectuals”–many of them connected to Hillsdale College and the Claremont Institute–who claim to be “ardent patriots” who are “at odds with real America, but remain committed to the rhetoric of patriotism.” These Trumpers […] 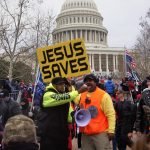 “If we cannot justify the South in the act of Secession we will go down in History solely as brave, impulsive but rash people who attempted in an illegal manner to overthrow the Union of our country.” –Former Confederate General […] 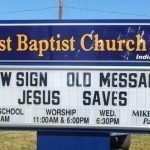 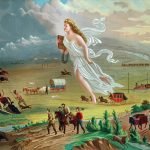 Without accountability, the national slate doesn’t get clean—no matter how often we try to wipe it 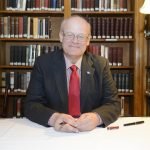 Deborah Yaffe just published a great feature on American historian Allen Guelzo, Director of the Initiative on Politics and Statesmanship at Princeton’s James Madison Program. The piece, published at the Princeton University alumni magazine, covers Guelzo’s role in the rollout […]

The 1776 Commission. The 1619 Project. The renaming of San Francisco schools. I have weighed-in on all three of these cases and in every case I wondered why more historians were not involved. Here is James Grossman, director of the […]