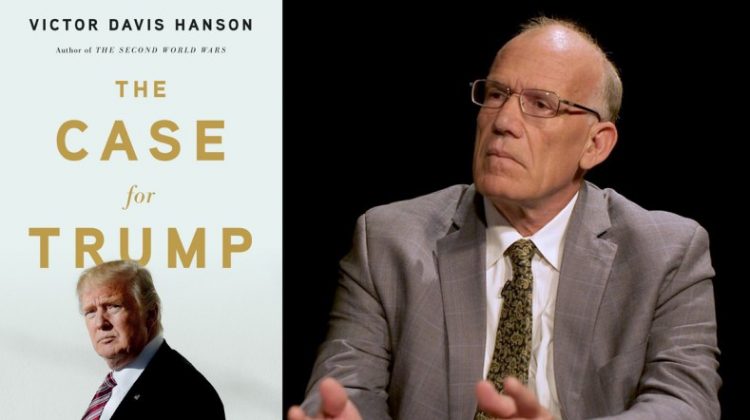 Historian Joshua Tait calls-out the so-called “Trump intellectuals”–many of them connected to Hillsdale College and the Claremont Institute–who claim to be “ardent patriots” who are “at odds with real America, but remain committed to the rhetoric of patriotism.” These Trumpers are “strangers in their own country, all the while professing to love it.” They are also the folks who gave us the woefully bad 1776 Commission.

Here is a taste of Tait’s piece at The Bulwark:

How is it that we hear the loudest jingoistic yelps from dismal patriots who cannot stand the state of the nation and half the people in it? Traditionally, the conservative right has prided itself on its heightened patriotism in contrast to the “cosmopolitan” left. As one pro-Trump writer put it, “in this age of doubt and guilt, Trump has the one absolutely essential thing: an unabashed, unapologetic love of his own country.”

But an influential set of Trumpist intellectuals shows such disdain for progressives and “elites,” and the country they supposedly corrupted, that their grandiose professions of love for country ring hollow. Examining the writings of these paradoxical patriots-without-a-patria can help us better understand the broader conservative dilemma.

In a shift from earlier conservatives, key writers and publications from the pro-Trump and self-professedly post-conservative right have begun to see the United States not just at a critical point in its history, but in many ways as past the point of no return. They envisage America as under assault by disciplined and united leftists. According to one essayist in the American Mind, the “ruling class” has divided Americans “over a novel coronavirus and fabricated racial animus”—all of which was just a diversion from how that ruling class has been destroying Americans’ “humanity, freedom, and security in pursuit of their unending lust for power and control.” David Azerrad, an assistant professor at Hillsdale College’s Washington, D.C. campus, gives American decline a historical context, pointing to two phases: first, the rise in the 1960s and ’70s of Black Power and women’s and queer liberation movements critical of white, Christian, mainstream America; and second, the moment, some years later, when the targets of that criticism, “members of the so-called oppressor class, for reasons that have yet to be explained, accepted the critique and came to think of themselves and their country through this lens, giving rise to the self-flagellation.”

Trumpist writers have worked themselves into such a state that they have stretched their critique to include literally half of the American population. As Michael Anton, a former Trump aide who is now a Claremont Institute senior fellow and a Hillsdale lecturer, puts it, “one side loves America, the other hates it—or can tolerate it only for what it might someday become, were the Left’s entire program to be enacted without exception.” Anton, the articulate id of intellectual Trumpism, cuts America in two on religious, linguistic, and even moral grounds, casting the Biden coalition as speaking a babble of languages, worshipping “wokeness” with “Dionysian abandon,” and conceiving of justice solely through the lens of punishment. In a blunt essay, Glenn Ellmers, another Claremont and Hillsdale associate, claims “most people living in the United States today—certainly more than half—are not Americans in any meaningful sense of the term.”

In part, Ellmers means that “foreigners who have bypassed the regular process for entering our country, and probably will never assimilate to our language and culture, are—politically as well as legally—aliens.” But Ellmers’s real target is native-born Americans “who may technically be citizens of the United States but are no longer (if they ever were) Americans.” These pretenders “do not believe in, live by, or even like the principles, traditions, and ideals that until recently defined America as a nation and as a people.”

Who are the real Americans then? The 74 million who voted for Trump in 2020.