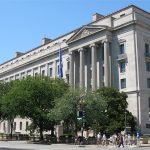 This is big news on the religious liberty front. I’m on the road, but hope to return to this story in the coming days. Here is Michelle Boorstein at The Washington Post: The Justice Department in a new court filing […] 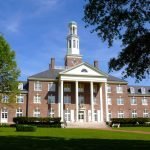 Judson College, an Alabama Baptist women’s college and a member of the Council for Christian Colleges & Universities, has closed. Here is Inside Higher Ed: After teetering on the edge of closure for months, Judson College’s Board of Trustees voted […]

Several colleges have released statements: Shirley Hoogstra of the Council for Christian Colleges and Universities acknowledged the insurrection’s connection to “systemic racism” and “racial disparities.” She also affirmed the Electoral College results. (Sadly, we need to mention this because so […]

I haven’t much time to chat with my colleagues about politics this semester. I mostly go to campus to teach my classes and then return home for meetings and office hours via ZOOM. So I honestly don’t know if any […]

James Spiegel, a philosopher professor at evangelical Taylor University, was reportedly fired for refusing to take down a video of him singing a song he wrote titled “Little Hitler.” Watch: Here is a Facebook post from Chris Date, a friend […]

Bethel University in St. Paul, Minnesota will cut thirty faculty positions this week. Today, at Messiah College, we learned about how the administration will cut seven million dollars from our budget over the course of the next five years. I […]

Last week we introduced readers to the Fairness for All Act. Over at The Anxious Bench blog, historian Chris Gehrz has published his interview with Shirley Hoogstra, president of the Council for Christian Colleges & Universities (CCCU).  The CCCU is […]

I was in St. Petersburg, Florida yesterday with the provosts and student development administrators from schools affiliated with the Council for Christian Colleges and Universities (CCCU).  I spoke at a session titled “Christian Colleges in the Age of Trump: Challenges […]

What is “Fairness for All”?  Get up to speed here. Over at Religion News Service, Yonat Shimron covers a motion championed by the Council for Christian Colleges and Universities and the National Association of Evangelicals that is bound to bring […]

I am not sure which part of Wayne Grudem‘s theology Midwestern Baptist Seminary professor Owen Strachan admires more:  Grudem’s belief that women should serve as “compliments” to their husbands or his belief that the gift of prophecy is real.  (Side […]

The National Association of Evangelicals and the Council for Christian Colleges and Universities have endorsed “Fairness for All,” a legislative initiative to protect religious liberties alongside liberties for the LGBTQ community.  This means that these organizations are endorsing so-called Sexual […]

In March we posted on disgruntled conservative employees at the evangelical Taylor University in Upland, Indiana.  Today we learn that a Taylor professor kissed and inappropriately touched a student rape victim who sought his counsel. Here is a taste of […]

Adam Laats is a professor of Teaching, Learning and Educational Leadership at Binghamton University. This interview is based on his new book, Fundamentalist U: Keeping the Faith in American Higher Education (Oxford University Press, 2018). JF: What led you to write Fundamentalist U? AL: Over […]

Taylor University is an evangelical Christian college in Upland, Indiana.  It is a great school. According to this piece at Christianity Today, the school appears to have a faction of conservative faculty and staff who believe that it is moving in […]

Oklahoma Wesleyan University left the CCCU a few years ago.  Read all about it here. In a recent op-ed at The Washington Times, Oklahoma Wesleyan president Everett Piper is up to his old tricks.  Here is a taste: As a college […]

I am currently watching Lipscomb University, a Churches of Christ college out of Nashville, trying to hang with the North Carolina Tarheels in a first-round NCAA tournament game.  Lipscomb is a member of the Council for Christian Colleges & University, […]