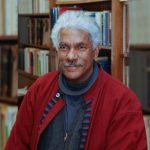 Princeton University religion professor Albert Raboteau‘s book Slave Religion was the first book I ever read on the history of the religion and the African American experience. Here is Adelle Banks at Religion News Service: Albert J. Raboteau, an American […] 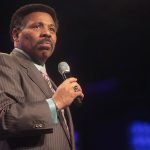 Evans recently gave a two-part presentation on the subject at his Oak Cliff Bible Fellowship in Dallas. Here is Part 1: Here is Part 2: A couple of quick thoughts: First, Evans clearly believes in systemic racism and the value […] 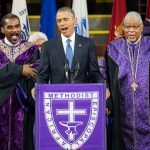 Barack Obama’s pastor is known for three sermons. In this episode, we put them in historical context. Episode 3: “The Audacity to Hope” (our fourth episode) dropped last night. Subscribers to Current at the Longshore level and above receive this brand new narrative […] 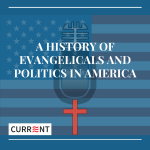 Episode 2: “Obama Goes to Church” (our third episode) dropped last night. Subscribers to Current at the Longshore level and above receive this brand new narrative history podcast. In this episode I talk about Obama’s first encounter with Jeremiah Wright and what the […] 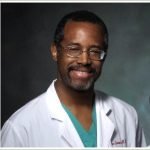 How things change. Today I was reading some of Jeremiah Wright‘s sermons and came across this line in a sermon titled “Good News for Good Parents”: When all the boys want to wear their pants halfway down their hips with […]

I am looking forward to reading Wheaton College professor Esau McCaulley‘s book Reading While Black: African American Biblical Interpretation As An Exercise in Hope. He talks about it here: And here: Over at The New York Times, David Brooks writes […]

Here is Yonat Shimron at Religion News Service: Since before the COVID-19 vaccines hit the market, it has been predicted that Black Americans would choose to be vaccinated at dramatically lower rates than white Americans due to a historic mistrust […]

I haven’t had a chance to watch the new PBS series, “The Black Church: This Is Our Story, This Is Our Song,” but I am reading some rave reviews. Henry Louis Gates‘s series is streaming here. I am hoping to […]

Here is a taste of Daniel Silliman’s obituary of a major player in twentieth-century evangelicalism. I am guessing most white evangelicals have never heard of him: Melvin E. Banks, founder of the largest black Christian publishing house in the United […]

Over at Christianity Today, Dan Silliman reports on the excavation at First Baptist Church, an African-American church founded in 1776 by free and enslaved Blacks in Williamsburg, Virginia. Here is a taste: They dug up broken bits of lamp, the […] 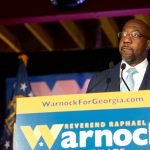 In the 1980s, when I was a student at a small Christian college, some of my professors warned us about the “liberal theology” of the civil rights movement. What Martin Luther King Jr. did was notable, they said, but he […]

Howard Thurman was a mid-20th century theologian, writer, activist, and mystic who had a profound influence on the leaders of the Civil Rights movement. Thurman’s writings–especially his 1949 work Jesus and the Disinherited–provided an intellectual and spiritual guide to those trying to […]

The Institute for Advanced Studies in Culture at the University of Virginia just released its 2020 survey of American political culture. It is titled Democracy in Dark Times. James Davison Hunter and Carl Desportes Bowman are the primary investigators/authors. It […]

I didn’t get to listen very carefully to many of the speeches on night 2 of the GOP convention. I was preparing for my return to the classroom today.  At least my nightmares were different last night. Instead of dreaming […] 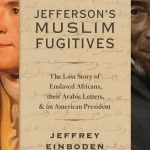 Jeffrey Einboden is Presidential Research, Scholarship and Artistry Professor at Northern Illinois University. This interview is based on his new book, Jefferson’s Muslim Fugitives: The Lost Story of Enslaved Africans, their Arabic Letters, and an American President (Oxford University Press, 2020). […] 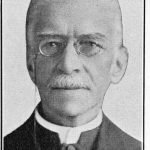 Francis J. Grimké (1850-1937) pastored the 15th Street Presbyterian Church in Washington D.C., an African-American congregation, for nearly fifty years.  He was an active member of W.E.B. Du Bois’s Niagara Movement and was involved in the founding of the National […]

Mayor Pete won Iowa. He finished second in New Hampshire. He finished third in Nevada. But he is not doing very well in South Carolina largely because he does not appeal to African-American voters in the state.  Over at Religion […] 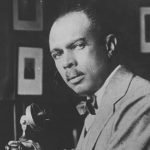 Yesterday in my Created and Called for Community (CCC) class at Messiah College we discussed James Weldon Johnson‘s poem “The Creation” (1922). It is one of seven poems in his 1927 collection God’s Trombones: Seven Negro Sermons in Verse.  Read […]