Mark Griffin is Professor of Spanish at Oklahoma City University. He was born and raised in Mexico, where his parents served as career missionaries. He is co-author of Living on the Borders: What the Church Can Learn from Ethnic Immigrant Cultures (Brazos Press, 2004) and has written articles on modern Latin American and Spanish literature. 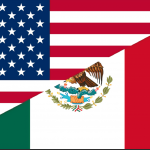