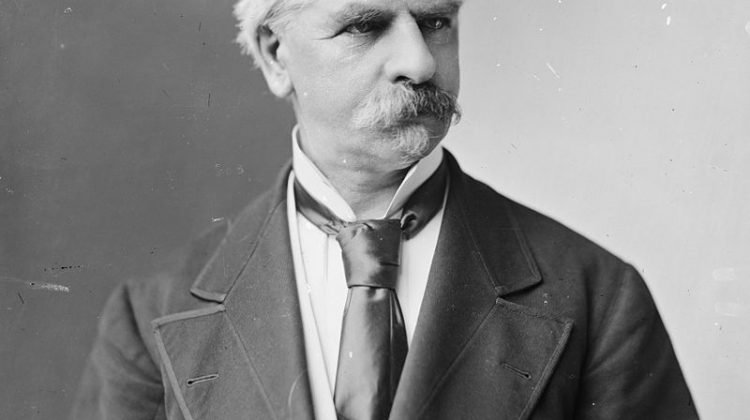 As I write, the House is completing its eighth ballot for Speaker of the House. Hakeem Jeffries, the Democratic candidate, continues to get a plurality of the vote. The GOP is still divided, with most Republicans behind Kevin McCarthy and twenty Republicans against McCarthy. (Some of them are voting for Donald Trump–anyone but McCarthy). McCarthy needs 218 votes for the speakership. This means he needs to get all but four GOP votes. We have covered this here and here.

Here is a taste of Joshua Zeitz’s 2015 piece at Politico:

In the spring of 1854, Congress passed the Kansas-Nebraska Act, a deeply divisive measure that organized the Kansas and Nebraska territories—territories that the United States had acquired decades earlier as part of the Louisiana Purchase—in preparation for the construction of a Midwestern link to a planned trans-continental railroad. At the insistence of Southern senators (most of them, Democrats)who held the bill hostage, Sen. Stephen Douglas— the Illinois Democrat who, as chairman of the Committee on Territories, was the bill’s chief author—inserted a “popular sovereignty” provision allowing residents of the two territories to decide for themselves whether to permit slavery. Douglas privately admitted that this one detail would “raise a hell of a storm,” but he underestimated just how quickly that storm would gather force. Kansas and Nebraska were part of the Louisiana Purchase and consequently fell under the terms of the Missouri Compromise of 1820, which prohibited slavery above the 36’30” parallel.

In one fell swoop, Douglas and his supporters shattered a longstanding arrangement between the North and South and reintroduced the slavery question into American politics. William Pitt Fessenden, a Whig senator from Maine, spoke for many Northerners when he called the Kansas-Nebraska Act “a terrible outrage. … The more I look at it the more enraged I become. It needs but little to make me an out & out abolitionist.”

The Kansas Nebraska Act created “a deep-seated, intense, and ineradicable hatred” of slavery, observed the editor of the New York Times at the time. In its wake, “the North had got its back up,” added Robert Winthrop, a prominent Cotton Whig from Massachusetts, “and I am pretty afraid that it will stay up, even after the question is settled.”

The Kansas-Nebraska Act snapped the cords that bound many Northern voters to the two political parties and threw the American political system into months of extreme confusion and turmoil. At hundreds of political meetings around the country, anti-slavery activists abandoned their political bases for new “fusion” tickets. These activists cut a wide swath across the American political spectrum. Some were members of the moribund Free Soil party, which formed in 1848 to oppose the extension of slavery into the western territories. Others were “Conscience Whigs” who were committed to the Whig party’s economic platform but shared the Free Soilers’ distaste for slavery. Still others were “anti-Nebraska” Democrats, who opposed the Whigs on most policy questions but thought slavery was a dangerous social and political system. Finally, to confuse matters even more, there was considerable overlap between the various anti-Nebraska factions and the nativist American Party, commonly remembered as the “Know Nothing Party.” In some states, these fusion tickets were called Anti-Nebraska, Democrat-Republican or Free Soil. In Ripon, Wisconsin, on February 28, 1854, several dozen residents of the surrounding county converged on the town’s simple, one-room, wood-frame schoolhouse to forge a new political party. They called themselves Republicans, and the name eventually stuck.

That fall, anti-Nebraska candidates unseated dozens of Northern Democrats, leaving many political professionals to wonder who would control the next Congress. Douglas and his associates did a preliminary nose count and estimated that even if Democrats coalesced with what remained of the Whig Party’s representation—now mostly concentrated in the Southern and border states—the anti-Nebraska forces would enjoy a majority of at least 10 votes in the House. Seasoned observers understood, however, that the anti-Nebraska forces were a shaky coalition at best. Erstwhile Whigs and Democrats remained bitterly at odds over economic issues like banking, the tariff and funding for internal improvements—questions that had defined the nation’s political fault lines since the early 1820s and which couldn’t easily be papered over. Adding to the confusion, the new, anti-immigrant American Party—popularly called the Know-Nothings—also won scores of state legislative and congressional seats in the fall elections. Most Know-Nothings opposed the extension of slavery and therefore fell under the banner of the anti-Nebraska fusion coalition, but many ex-Whigs and ex-Democrats were loath to consort with nativists and were steadfastly opposed to placing one in the Speaker’s chair.

In the 19th century, there was a 13-month lag between the election and swearing-in of a new Congress; consequently, the class of 1854 did not convene on Washington, D.C. until December 1855, leaving ample time for incoming members to jockey for support. “There are about thirty modest men who think the country needs their service in the Speaker’s chair,” quipped Ohio congressman Timothy Day, and “to get rid of this swarm of patriots will take time.” Out of this pack, two lead contenders emerged: Lewis Campbell, a former Whig from Ohio, and Nathaniel Banks, a former Democrat from Massachusetts. Both men left much to be desired: Campbell was a late-comer to the anti-slavery cause and, according even to his friends, “too impetuous and imperious” to unite the many factions that comprised the anti-Nebraska coalition. Banks, on the other hand, was a notorious flip-flopper who privately admitted to a close friend that he was “neither … pro slavery nor anti-slavery.” A colleague observed that Banks “is very ambitious & has always left the impression on my mind that he was not ‘nice’ as to how he ‘stayed himself up’—so [long as] he stood. I deem him cold-hearted and inclined to be scheming & sinister.” (And this, from one of his supporters.)

When House clerk John W. Forney initiated the first roll call on December 3, 17 anti-Nebraska candidates drew votes, depriving the frontrunner, Campbell, a majority. It ultimately took multiple ballots and two months—as well as the coordination and intercession of leading ex-Democrats like Galusha Grow, ex-Whigs like Edwin Morgan, and Know Nothings like Schuyler Colfax—to secure the requisite number of votes for the victorious Nathaniel Banks. While there was as yet no organized anti-slavery opposition, the delicate negotiations that placed Banks in the Speaker’s chair ultimately provided a foundation for the following summer, when the anti-Nebraska coalition formally branded itself the Republican Party and nominated John C. Fremont to carry its banner in the 1856 presidential election.