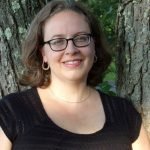 Longtime listeners of The Way of Improvement Leads Home Podcast may remember our interview with historian Erin Bartram in Episode 37: “Should You Go Grad School?” In that episode we discussed Bartram’s February 2018 blog post “The Sublimated Grief of […]

Charles Lindbergh was a celebrated aviator, the father of the baby abducted in the “crime of the century,” a Nazi sympathizer, and a believer in eugenics. He also carried a small New Testament with him as he entered the South […]

John C. Calhoun is among the most notorious and enigmatic figures in American political history. In this episode we talk with Robert Elder, author of Calhoun: American Heretic. Elder shows that Calhoun’s story is crucial for understanding the political climate in […]

In this episode we talk with Nathan McAlister, Humanities Program Manager at the Kansas State Department of Education in Topeka. When it comes to history education, Kansas is doing it the right way. Join us for a wide-ranging discussion on […]

Current is the home of two podcasts. I host The Way of Improvement Leads Home Podcast. I have hosted it for for five years. It predates Current. This podcast is interview-driven. Our guests are historians. It is also FREE! You […]

In this episode we introduce Current, a new online platform of commentary and opinion that provides daily reflection on contemporary culture, politics, and ideas. Editor Eric Miller talks about Current‘s vision, some of his favorite articles, and the history of the […]

As some of you know, Current houses two podcasts. Yesterday we dropped Episode 10 of “A History of Evangelicals and Politics.” This podcast is available to patrons at the Longshore tier and above. You can listen to the first three […]

After a several month hiatus, The Way of Improvement Leads Home Podcast is back with new episodes. We have some incredible guests lined-up this summer! In this Episode 84 we talk to historian Beth Allison Barr about her book The Making […]

As part of the rollout for Current, I will be hosting a weekly podcast on the history of evangelicals and politics in America. Our first series of episodes will focus on the Obama era. We recorded Episode 0: “Introduction” today […]

In this episode we talk with Carolyn Eastman, author of The Strange Genius of Mr. O: The World of the United States’ First Forgotten Celebrity. Eastman chronicles the life of James Ogilvie, an itinerant orator who became one of the most […]

Ice hockey is now a global sport. Even Brazil, Mexico, Jamaica, and Australia have national teams. The National Hockey League has teams in Miami, Tampa Bay, Dallas, Nashville, and Phoenix. Junior league hockey is played in Shreveport and Amarillo. Anyone […]