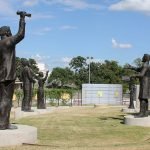 Here’s what you need to know about Juneteenth: Some basics It is now a federal holiday. NPR staff members read the Emancipation Proclamation: A Juneteenth playlist Kate Masur: Juneteenth is just the start Can the Juneteenth holiday be Black and […] 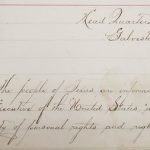 When Biden signs the bill June 19th, the day celebrating the emancipation of enslaved Americans, will become a federal holiday. On Tuesday, the Senate endorsed the bill unanimously. Yesterday, the House passed the bill by a vote of 415-14. Here […]

Check out Afi-Odelia Scrugg‘s helpful piece at The Washington Post. A taste: National Geographic says, “As newly freed Texans began moving to neighboring states, Juneteenth celebrations spread across the South and beyond.”  CNBC says the holiday spread “as part of the Great Migration of […] 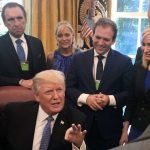 So what has happened in the country since yesterday’s update? Donald Trump continues to deny systemic racism in the police department and American society generally. At a speech at a Dallas megachurch today he said that there is no real […]

Who was responsible for the Emancipation Proclamation?  Was it Lincoln?  The Republican Party? The slaves themselves?  Gettysburg College Civil War scholar Allen Guelzo makes a case for Lincoln in his recent piece in The Wall Street Journal.  Here is a […]

This semester my Civil War class is reading Allen Guelzo’s Abraham Lincoln: Redeemer President. It is, without peer, the best book on Lincoln’s intellectual and religious life.  Others seem to agree.  In 2000, Guelzo’s biography received the prestigious Lincoln Prize for the […]

Rutgers University historian Louis Masur argues that Abraham Lincoln took a document written by a Virginia slaveholder and used it to advance a free society. Here is a taste of his piece at The American Scholar: It took Lincoln to salvage […] 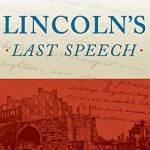 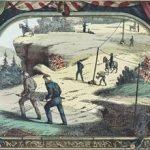 The New York Times reports on the current Civil War exhibit at the Library of Congress. The exhibit runs through June 1, but the draft of the Emancipation Proclamation will only be on view through February 18. Here is a […]

It is running through the month of January.  Check out lectures by Louis Masur, David Blight, and Harold Holzer.  Learn more here. A taste: The New-York Historical Society commemorates the sesquicentennial of the Emancipation Proclamation with a display of rare […] 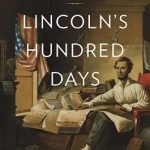 Since the appearance of Spielberg’s Lincoln I have been receiving a few requests for good books to read about the Emancipation Proclamation.  As many of you know, the Proclamation went into effect on January 1, 1863. Here are my picks: […] 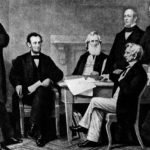 A taste of Foner’s recent New York Times op-ed: The Emancipation Proclamation is perhaps the most misunderstood of the documents that have shaped American history. Contrary to legend, Lincoln did not free the nearly four million slaves with a stroke […] 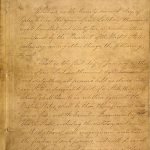 January 3 to February 18, 2012.  Here is the news release: The Library of Congress will place on display the first draft of the Emancipation Proclamation, handwritten by President Abraham Lincoln, for six weeks beginning Jan. 3, 2013, to coincide […]