As a Taylor alum just told me, “I didn’t see that coming.” Lindsay just resigned as president of Gordon College, a similar evangelical college. This is big news in the Christian college world. Here is the Taylor press release Today […]

Several colleges have released statements: Shirley Hoogstra of the Council for Christian Colleges and Universities acknowledged the insurrection’s connection to “systemic racism” and “racial disparities.” She also affirmed the Electoral College results. (Sadly, we need to mention this because so […]

On November 1, 2020, a pro-Black Lives Matter T-shirt sitting on a Gordon College residence hall laundry room table was defaced with a racist slur. Gordon is an evangelical liberal arts college in Wenham, Massachusetts. Michael Gryboski has the story […]

In my post on the firing of Taylor University philosophy professor Jim Spiegel, I wrote: Should he be fired for “Little Hitler”? I can’t answer that question. I would need to know more about the local culture on campus at […]

Aram Roston and Joshua Schneyer of Reuters are uncovering things. Here is a taste of their recent piece: Falwell, who took over as president of Liberty in 2007 after years as a lawyer handling its real estate interests, intertwined his […]

Here is a taste of my recent piece at Sojourners: A nurse can learn how to insert an IV tube in a patient’s arm, but how will he develop the fortitude to enter a room filled with people suffering from infectious […]

Christian liberal arts colleges came under attack recently by a Southern Baptist theologian named Denny Burk.  I was going to blog about his recent tweets, but I did not want to call attention to them. The tweets mischaracterize the work […]

What role does spiritual formation play in teaching at Christian colleges?  Calvin College pedagogy expert David I. Smith discusses this topic in a recent interview at Faith & Leadership.  Here is a taste: Q: So how do Christian beliefs and […] 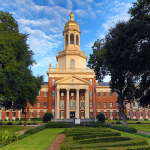 Jacobs is responding here to Rod Dreher’s post at The American Conservative.  I was struck by this paragraph in Jacobs’s response: I’m not exactly a pollyanna about these matters. I have said over and over again that, thanks to my long career […]

Over at The Pietist Schoolman, Chris Gehrz has the answers. Here is a taste: In 2013 I parsed some data from The Chronicle of Higher Education to see how well evangelical college and university presidents were paid. Since the Chronicle just released an updated version of the […]

You can read them here. Get up to speed here. Some quick thoughts on what I have read: Faculty were invited to attend the Racial Equity Institute training at Duke.  They were not forced to attend. Regardless of what one […] 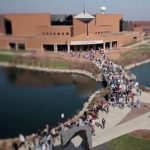 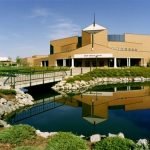 Yesterday we reported on the racist shenanigans at Southwestern Baptist Theological Seminary.  Today, the conservative evangelical Cedarville University is in the news. Here is a taste of Christianity Today’s coverage of Cedarville’s new “Philippians 4:8” policy: This spring, Cedarville University enacted new […]

It’s good to have Chris Gehrz, aka “The Pietist Schoolman,” back from Europe and blogging again. In this post he explains why Jerry Falwell Jr. should not get anywhere near American higher education. Here is a taste: On Tuesday Jerry […] 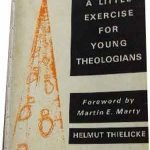 David Michael Bruno teaches history at Point Loma Nazarene University, a member institution of the Council for Christian College and Universities (CCCU).  In this insightful post, drawing from the theological work of German scholar Helmut Thielicke, he provides some much needed […] 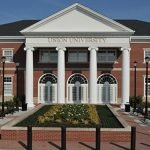 Over at First Things, Carl Trueman of Westminster Theological Seminary has weighed in on Union University‘s decision to leave the Council for Christian Colleges and Universities. If you have read this far, you probably know the story.  We have covered it here […]

This is interesting in light of the Union University departure:WASHINGTON – The Council for Christian Colleges & Universities is pleased to announce the inclusion of the following new member and affiliate campuses: Harding University in Searcy, Arkansas, and Wisconsin Lutheran […] 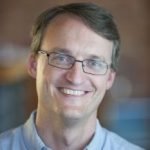 I have friends and acquaintances who teach at Union University in Jackson, Tennessee.  These folks are serious Christian thinkers and educators.  I have never visited Union, but I have always respected its work from afar. This is why I was […]