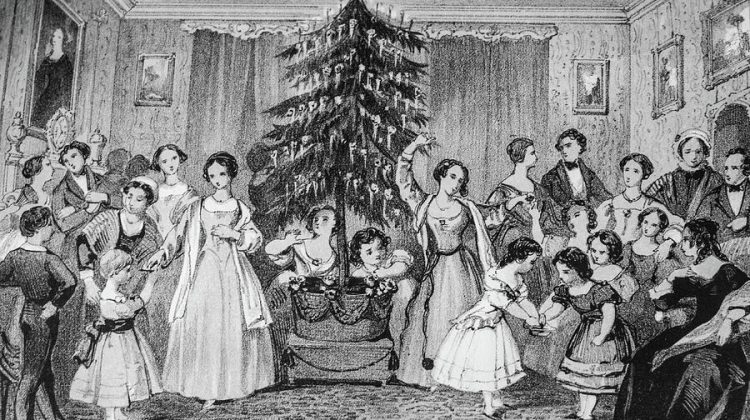 Conservative evangelical Christians have sometimes been eager advocates of the modern campaign to “keep Christ in Christmas” and preserve the traditional religious meaning of the holiday.

There’s one major problem with this campaign: The original religious message behind the American Christmas was not evangelical at all.

Instead, it was the creation of Unitarians, Episcopalians, and other liberal Protestants who had little interest in several key tenets of the evangelical understanding of the gospel.

Those of us who are evangelical in our faith can still have a merry Christmas. But if we want to do so in a way that foregrounds the gospel, we may have to discover a new approach to the holiday that does more than simply preserve the old.

Among the 17th- and 18th-century American colonists, the Christians who most closely resembled modern evangelicals uniformly refused to celebrate Christmas. The New England Puritans were strong opponents of Christmas, not only because of its connections with Roman Catholicism but also because, in 17th-century England, it had become a day known more for excessive drinking and gaming than for any religious observance.

Even at the beginning of the 19th century, long after the Puritan religious fervor had largely dissipated in New England, Congregationalists in the region continued the Puritan practice of not observing Christmas in their homes or their churches. Massachusetts, which in the Puritan era punished those who dared to celebrate Christmas, did not recognize it as a state holiday until 1855.

Though perhaps slightly less hostile to Christmas than the Puritans, the major American evangelical denominations of the late 18th and early 19th century likewise showed no interest in the holiday. Baptist, Methodist, and especially Presbyterian churches of the early 19th century shunned the idea of Christmas services.

It was therefore left to the Episcopalians to celebrate Christmas—which they proudly did. In the South, they celebrated the same way they did most holidays: by drinking copious amounts of alcohol and shooting guns. And in the Northeast, they did so by going to church.

Williams’s piece reminds me of something I wrote for the now defunct Pacific Standard back in 2013.