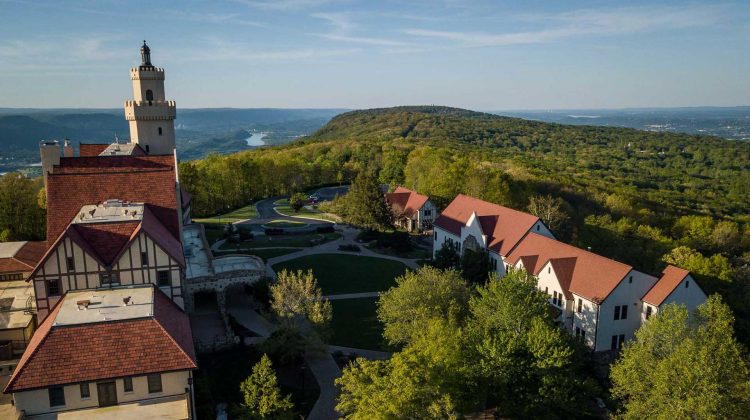 I want to call your attention to these essays. Yesterday, I posted part of Current editor Eric Miller’s piece. Here is Current managing editor Jay Green’s essay, “On the Evangelical Mind and Consulting the Faithful”:

As we near the twenty-fifth anniversary of Mark Noll’s The Scandal of the Evangelical Mind, those who wish to make sense of its legacy confront a rather curious puzzle. If the book aimed to energize a generation of evangelicals to establish themselves in elite universities, to produce credible, meaningful scholarship, and to leave a record of thoughtful reflection on modern culture, then mission accomplished! However, if its goals extended to revitalizing the culture of thought among ordinary evangelicals, its legacy is much less clear; especially in light of the public witness of American evangelicals in the age of Donald Trump. As someone who has enjoyed the fruits of a post-Scandal evangelical intellectual renaissance since 1994, I am perplexed and troubled by its seeming lack of penetration among “folks in the pew.” This seeming paradox has led me to reflect anew on features of my own story.

I was raised in small-town Ohio within a Moody-radio-listening, Dobson-reading, PTL-supporting, Republican-voting, evangelical Christian household. At 18, I headed off to a Christian college, followed by an evangelical seminary, and finally a state university where I earned a Ph.D. in history. After that, I went to work at a Christian college where I have been teaching evangelical undergraduates for almost 20 years. My wife and I have raised our three children within our neighborhood evangelical church located in what the Barna Group recently called “the most Bible-minded city in America.

My adult life has been lived in the strange borderlands between the evangelical subculture and the elite professional class of American academia. I have been shaped by simultaneous efforts to remain connected in some kind of authentic way to my evangelical heritage, while pursuing a life of scholarship and intellectual seriousness demanded by my discipline. If there is a “scandal of the evangelical mind,” I believe I have had a better than average vantage point from which to see it.

Mark Noll’s The Scandal of the Evangelical Mind could not have emerged at a more auspicious moment in my life. Six years prior, this young culture warrior had headed off to college in a car sporting a bumper sticker that read “I DON’T BELIEVE THE LIBERAL MEDIA.” A Christian college education, I was sure, would solidify and deepen my already well-developed but narrow vision of the world. But four years of being inducted into the splendor of a liberal arts education by learned, thoughtful, and faith-formed men and women opened my eyes to the glorious potential of high-level scholarship in a Christian context. It was here I first saw the potential of what Noll would call the evangelical mind. It was here also that I felt my first twinges of contempt for my evangelical heritage.

After graduation I enrolled in a rigorous, seminary-based MA program in Christian thought, hungry for more of the same. Midway through, in February 1993, several classmates and I trekked to Wheaton College, where we heard Mark deliver his inaugural lecture for the McManis Chair, “The Scandal of the Evangelical Mind.” His talk seized my imagination like few I have heard, before or since. It made those of us who made the trip that night feel as though we were a part of something much bigger than ourselves. It is not an exaggeration to say that we felt as if Noll was speaking directly to us, presenting a challenge for our generation.

A year and half later, on a long car ride to my first academic conference as a PhD student, I carried along a copy of Mark’s just-published book by the same name. I read it from cover to cover. Its prophetic challenge functioned over the next four years as a gentle reminder of why even my modest work in the academy might have consequences. Its central arguments served as a springboard for a group of far-flung Christian doctoral students in history programs from around the country. We learned the protocols of the new-fangled technology known as email that magically enabled us to discuss and debate in real time what it might mean to be “Christian historians.” While we deliberated over every imaginable feature of our discipline, “the scandal of the evangelical mind” was never far from our thoughts.

By God’s grace, I landed a job teaching at a Christian liberal arts college, an ideal location for me to explore and express the best that the evangelical mind had to offer. Allen Guelzo has more recently described Council for Christian Colleges & Universities (CCCU) schools such as Covenant as the “intellectual pumping stations of Evangelical creativity.” Working at the only official college of the Presbyterian Church in America, I hoped my station would provide me with larger venues for serving the church, perhaps even in confronting some of the lingering vestiges and sources of anti-intellectualism among folk in our wider constituency.

Still fueled by a young man’s idealism, I went to work confronting “the scandal” within the small learning community and the broader denomination to which I had been called. I engaged the issue in my classes, in chapel, on campus discussion panels, in General Assembly seminars, and occasionally in print with a naïve confidence that my graduate training and my keen intellect could play a modest but strategic role in helping my brothers and sisters embrace a more sophisticated vision of thinking and living in the world.

Within a few short years, however, I began to question some of my basic assumptions about the problem of the evangelical mind as I understood it from Noll’s book, along with my own posture toward “fixing” it. Although I could still agree that the long-standing evangelical resistance to sophisticated reasoning and nuanced thought owed something to the obsessions and theological idiosyncrasies of fundamentalism, I wondered if ordinary evangelicals saw something in this dynamic I was missing. I wondered if their tradition of mistrusting “the life of the mind” might be rooted in deeper, more legitimate sets of concerns.

Writing at about the same time that Noll was framing The Scandal, historian Christopher Lasch laid out a devastating critique of America’s “new elite,” those, in his view, “who control the international flow of money and information, preside over philanthropic foundations and institutions of higher learning, manage the instruments of cultural production and thus the terms of cultural debate.” He went on to show the various ways he believed these elites threatened American democracy and Western values.

From the vantage point of ordinary evangelicals, I slowly came to see that the project of rebuilding the evangelical mind relied quite heavily and somewhat uncritically upon the world dominated by those same elites; a world that beckoned those of us mobilized by this project to adopt their perspectives, their postures, and their overarching sensibilities toward the nation’s “unwashed masses.” I myself had become, far more than I realized, a creature—or at least a wannabe creature—of its professional class. I had the audacity to view myself as a potential redeemer of evangelical culture even as I was increasingly alienated from its rhythms and its deeper concerns. When I endeavored to “fix” their problems of intellectual obtuseness, waxing eloquent about better and more nuanced ways of reading the world, the ordinary evangelicals I encountered in doing so did not have any trouble interpreting my well-meaning efforts as a species of contempt. And, more often than not, they were right in thinking so. In this light, it is not hard to understand their misgivings about our project.