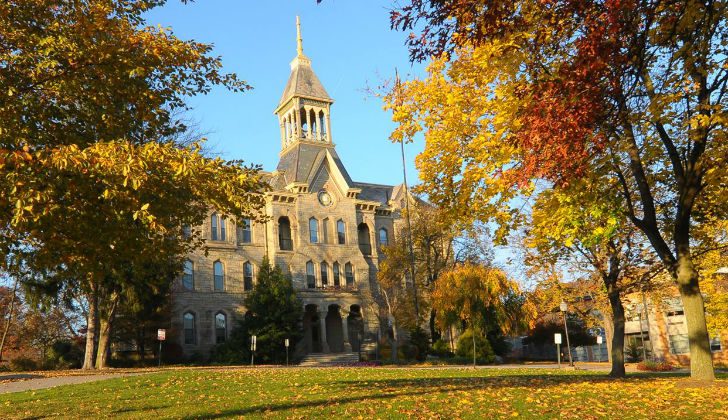 Over the next three days I want to call your attention to these essays. Let’s begin with Current editor Eric Miller’s essay, “Anti-Intellectualism and the Integration of Faith and Learning”:

How have evangelical faculties fared in their efforts to move beyond the scandal Mark Noll so sharply exposed nearly a quarter of a century ago? This is the question I take up in this essay, writing as a mid-career faculty member of a Council for Christian Colleges & Universities (CCCU) institution. What follows are historical and autobiographical reflections that seek to move beyond critique and toward a constructive response to Noll’s yet-timely challenge.

As a historian of twentieth-century American intellectual life, when I think of Noll’s book I cannot help but remember Richard Hofstadter, the mid-twentieth century Columbia University historian and intellectual whose ghostly whispers still illumine and afflict our age. Our political circumstance has over the past two years provoked extraordinary efforts at definition, and here Hofstadter hovers, eager to speak, offering pithy sound bites like “the paranoid style,” “the fundamentalist mind,” “status anxiety,” and more. That his naming and framing of key dimensions of American political culture retain their force is surely telling. Among other things, it shows that the cosmopolitan liberalism he so stylishly represents retains its force. In this enlightened world, Hofstadter’s voice carries over the decades with the timbre of a founding father.

Young Hofstadter, however, had little reverence for America’s founding fathers. So he will, I trust, appreciate a spirited critique. Because that is exactly what Mark Noll, for all the Hofstadterian elements of his book, did in The Scandal of the Evangelical Mind, and I intend to echo it. Evangelicals have long “adopted procedures of the Enlightenment to express their thought” protested Noll. With appreciation he quoted Harry Blamires’s touchstone indictment of the disappearing “Christian mind”: “We Christians accept,” Blamires had declared in 1963, “a frame of reference constructed by the secular mind.” Noll urged evangelicals instead to learn to “think within a specifically Christian framework” rather than allowing those outside the faith to “set the agenda for what goes on” within Christian academic life.

It is no coincidence that it was also in 1963 that Hofstadter’s Anti-Intellectualism in American Life was published, receiving the Pulitzer Prize the following year. As Hofstadter etched the dreary ways and effects of America’s evangelicals, he did so with a cool antipathy nurtured within the very enlightened “frame of reference” that troubled Noll and Blamires. Indeed, Hofstadter’s voice was among the most eloquent that the by then fully emerged “secular mind” had yet produced, and his book was certainly a token of it. Over his brief but dazzling career, he helped to fortify the “framework” that Noll was, 30 years later, urging us to dismantle.

I have here turned to the first-person plural because I was among Noll’s eager readers in the fall of 1994. I had in fact preordered Scandal via that ancient pre-Amazon institution: Christian Book Distributors. Recently rereading Scandal evoked that world in ways for which I was unprepared: the go-to citations, the then-innovative scholarship, the books not yet written; above all the sense of a distinct movement and moment.

In 1999 I began teaching at Geneva College, thinking of myself as part of that movement, joining there a small but serious branch of it. Their Calvinism was Scottish at its base but had been extended by Abraham Kuyper, and the college boasted evangelical breadth, too, led by a man who had served as president of the National Association of Evangelicals. The seasoned historian who mentored me warned that his favorite Christian magazines always went extinct: first Eternity, then The Reformed Journal; he hoped Books & Culture would not have the same fate. I was sure it would not.

My confidence was a bad sign. In the midst of my first semester, I asked a true-blue Kuyperian and CCCU insider on our faculty to lunch. “Um,” I said, “there doesn’t seem to be much going on here intellectually.” He smiled, a little surprised and a little embarrassed, as if the institution had just been outed. “You’re right,” he agreed. And we talked about it, the first of many hopeful conversations about how we might advance what he called simply “the project.”

Today I can see I arrived at Geneva looking for the incarnation of every evangelical intellectual ideal I had imbibed over the previous years: the vision of Carl Henry; the mind (and maybe the accent) of Os Guinness; the heart of Mark Noll; the hope of Kenneth Kantzer—all nurtured in an atmosphere something like that of L’Abri. Obviously, I had mistaken earth for heaven.

Despite my initial misgivings, Geneva has in fact offered many heavenly foretastes. The senior members of the faculty, for one, would refer to Nicholas Wolterstorff as “Nick”—a species of 1990s CCCU cachet if ever there was one. For several years, we ran a robust program of faculty book discussions that took us into Alasdair MacIntyre, Charles Cochrane, E. O. Wilson, George Marsden, David Riesman, Alexis de Tocqueville, John Henry Newman, among others. Before a financial crisis hit, each faculty member received a copy of every issue of Books & Culture. We even put together a small in-house conference on our institutional identity that Arthur Holmes himself came to keynote. Whatever “the integration of faith and learning” was, Geneva saw itself, justly, as its flag bearer.

And yet I could not help but see the ghost of Hofstadter hovering around that flag, and not just the flag being waved at Geneva but wherever I saw it waving in the orbit of the CCCU. To me, there seemed to be too much peace between the “specifically Christian framework” Noll and others called for and the epistemological structures and pedagogical practices of our highly trained scholarly selves. Christian language was present in our institutions. But it did not seem to structure as deeply as it should our thinking about not just our disciplines, but the world our disciplines were teaching us to see and make—or not see and make.

To me, this became particularly clear in the “integration papers” we were required to write for tenure. In them it became evident that it was not Augustine, Aquinas, Calvin, MacIntyre, or Milbank who were most consequentially training our sight. Rather, it was Locke, Smith, Mill, Marx, Weber, Geertz, Hawking, Butler, and their hundreds of acolytes. At our intellectual foundation, we were still creatures of our disciplines. We did not follow such thinkers so much as we traveled in the thought-worlds they spawned. And we mainly seemed to think this was OK—that this was simply what scholarship and education meant. Besides, when teaching four or five courses a semester, raising families, coaching Little League sports, volunteering at our kids’ schools, being part of a church, and simply keeping up with email, who had time for Hauerwas?