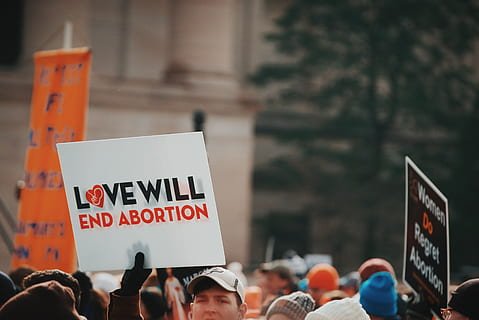 First, let me call your attention to Current contributing editor Daniel K. Williams‘s piece today at The Atlantic: “This Really is a Different Pro-Life Movement.” A taste:

The enthusiastic embrace of the movement by white evangelicals in the Bible Belt was key to the movement’s political success. Yet the association of the movement with a brand of southern evangelical-conservative politics that opposes antipoverty measures may also mean that the repeal of Roe v. Wade won’t reduce abortion rates as much as the movement expects. If these activists really want to save unborn lives, they may have to look for guidance not only to the southern conservatives who currently lead the movement but to the northern social-welfare advocates whose voices were once dominant in the movement but whose early influence has long been forgotten.

Elizabeth Bruenig argues that the recently leaked Alito decision overturning Roe must be understood in the context of this country’s failure to care for children and families. A taste from her piece at The Atlantic:

What I mean to say is that in my mind, everything I believe in braids together in a vision of the world suffused with superabundant creativity, celebration, and life, and I suspect that we can inch closer to that place through a politics of equality, justice, and love. And so I take no pleasure in anyone’s misery, and I don’t sneer—God, if anyone has no place, it’s me—and I won’t endorse any politics other than a program of radical relief for American children.

Today someone shared with me Caitlin Flanagan‘s 2019 piece, also at The Atlantic:

This is not an argument anyone is going to win. The loudest advocates on both sides are terrible representatives for their cause. When women are urged to “shout your abortion,” and when abortion becomes the subject of stand-up comedy routines, the attitude toward abortion seems ghoulish. Who could possibly be proud that they see no humanity at all in the images that science has made so painfully clear? When anti-abortion advocates speak in the most graphic terms about women “sucking babies out of the womb,” they show themselves without mercy. They are not considering the extremely human, complex, and often heartbreaking reasons behind women’s private decisions. The truth is that the best argument on each side is a damn good one, and until you acknowledge that fact, you aren’t speaking or even thinking honestly about the issue. You certainly aren’t going to convince anybody. Only the truth has the power to move.

A lot to think about in all these pieces.