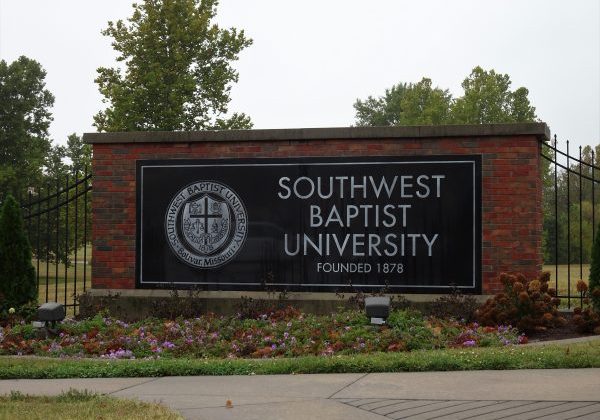 We did a post on this Baptist college back in May. At that time we wrote about Dwayne Walker, a social work professor, who was denied tenure for his failure to affirm creationism and his views on homosexuality.

Now Brian Kaylor of Word & Way gets up to the speed on what is going on at the Southern Baptist college in Bolivar, Missouri:

The accrediting body for Southwest Baptist University in Bolivar, Missouri, placed the school’s accreditation status on probation on Thursday (Nov. 4). The move comes after an investigation into actions by SBU and the Missouri Baptist Convention during a three-year conflict at the school over power and theology.

The Higher Learning Commission updated its page about SBU to list the school’s status as “Accredited (Probation).” This added to the school an “upcoming or in-progress review” for the 2022-2023 year in response to the probation decision. In its public disclosure notice, the HLC explained it “determined that the institution does not meet HLC’s Criteria for Accreditation related to integrity: ethical and responsible conduct and institutional effectiveness, resources and planning.”

According to the HLC, a school “may be placed on Probation when it no longer meets one or more of the Criteria for Accreditation, Assumed Practices, or Federal Compliance Requirements.” During this probation period, the school must “undergo a comprehensive evaluation, which requires an Assurance Filing, Federal Compliance Filing, and on-site visit, to provide evidence that the areas of concern have been ameliorated.” If concerns aren’t resolved, the HLC can extend the probation period or even withdraw accreditation. In the case of SBU, that decision about the new probation status is set to be decided by the HLC in November 2023.

The inquiry that led to the probation status started in August 2020 as SBU alum Russell Jackson filed a complaint to raise concerns about the new governing documents that MBC leaders demanded SBU adopt. The new documents would create creedal requirements for professors and administrators, name the MBC as sole corporate member, and declare SBU trustees have a fiduciary responsibility to the MBC. After SBU responded to the complaint, the HLC in December decided to conduct a focused visit to further investigate the issues, a move that automatically changed SBU’s accreditation path.

During the accrediting inquiry, SBU submitted its proposed new governing articles with the Circuit Court of Polk County in February. But a Baptist layman in Bolivar filed a petition to intervene, as did a current SBU professor and a current SBU student. A judge granted intervenor status to all three on July 1. Jackson served as the attorney for the first individual to successfully file to intervene as an effort to block the new governing documents. The HLC complaint and intervenor filings cited Word&Way reports.

As the judge considered the arguments from the various parties, the HLC in May held a focused visit to further investigate the issues in Jackson’s complaint. After receiving a preliminary report from the HLC, SBU’s trustees voted on Aug. 25 to drop its proposed articles. The trustee action and statement suggested the proposed articles that the MBC demanded would have threatened the school’s accreditation — which is what Jackson’s complaint and the three intervenors’ filings warned. The trustees on Aug. 25 also took two other actions after reviewing the HLC’s preliminary report: they accepted the resignation of the board’s vice chair and voted to reorganize its Employee Policies and Personnel Committee.