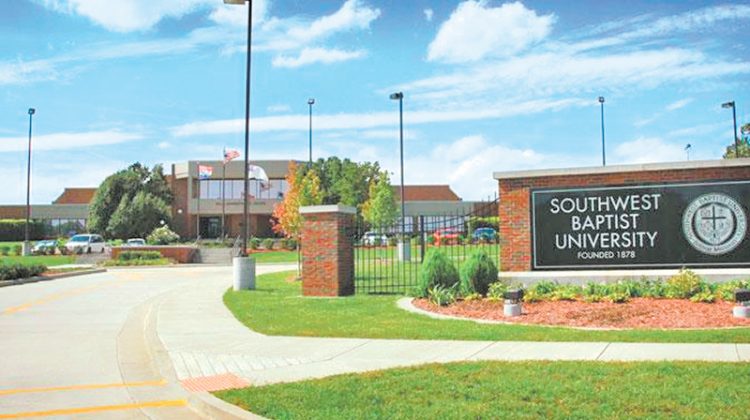 From Inside Higher Ed:

When Dwayne Walker went up for tenure this past academic year at Southwest Baptist University in Missouri, he was invited to a luncheon with members of the Board of Trustees. There, he says, trustees questioned him on new faith statements adopted last year by the university.

The trustees asked how he taught creationism in his classes. Walker, an assistant professor of social work, replied he did not teach the topic, as it was not relevant in his discipline.

What about homosexuality, the trustees asked. Is it always a sin? No, Walker told them, not necessarily. He further “suggested it may be that categorizing all ‘homosexual behavior’ as a sin is not a productive way to reach people for Christ,” as he recalls in a written statement he submitted as part of a complaint to SBU’s accreditor, the Higher Learning Commission.

“One of the trustees stated that my answer was ambiguous,” Walker wrote in the statement. “I agreed and stated there is much ambiguity in this area in our culture right now.”

Things Walker said he was not asked about include “my tenure packet, my profession (social work) or anything else related to the service to my university.” Letters from his tenure packet that he submitted as part of his HLC complaint show that the faculty vote in favor of his tenure was unanimous (23 in favor, zero against, three abstentions), and that he was highly recommended for tenure by his dean and department chair based on his strong record of teaching, scholarship and service to his university, community and church.

The strong support from colleagues and supervisors was apparently not enough. A March 11 letter from interim SBU president Brad Johnson says that Walker was denied tenure because “concerns existed regarding the effectiveness in ‘carrying forth the mission of the university,’ … particularly in your alignment with the University Statements of Faith and University Principles and Expectations.”

“I’ve been a Southern Baptist my entire life, I’m a deacon in a Southern Baptist church, but I am no longer aligned with the faith statement of the university simply because of that one belief,” he said. “I don’t necessarily believe that everyone who is gay or lesbian or non-heterosexual is living a sinful life. That apparently is enough for them not to grant me tenure.”

The denial of tenure to Walker is not an isolated story. It’s part of a much broader dispute about theological orthodoxy at SBU and alleged efforts by the Missouri Baptist Convention to bring the university under closer control.

Last year the board approved new governance documents that name the Missouri Baptist Convention as the sole corporate member of Southwest Baptist University, a member being defined under Missouri corporation law as an entity that has the right to vote for the election of a corporation’s director or directors.

The changes to the governance documents — which are being challenged in court — also narrow the range of acceptable religious beliefs for professors and administrators, stipulating that the university “employs faculty and administrators who affirm, teach, and live in a manner consistent with and not contrary to” the Baptist Faith & Message 2000.

Theology, ministry and philosophy faculty must separately affirm the Chicago Statement on Biblical Inerrancy, which says “the Holy Scriptures are to be received as the authoritative Word of God”; the Danvers Statement, which affirms distinct, divinely ordained gender roles for men and women and man’s “headship” in the family and in church; and the Nashville Statement, which holds that God designed marriage to be between a man and woman and states that “it is sinful to approve of homosexual immorality or transgenderism.”

There is a lot more to this story. Read the entire thing here.

Thanks to Brian Kaylor of Word & Way for bringing this to my attention.