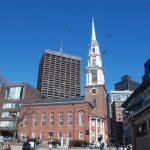 Harold John Ockenga was the pastor of Boston’s Park Street Church from 1936 to 1969. He was one of the early leaders of the neo-evangelical movement in the 1940s and 1950s.  We normally associated the rise of neo-evangelicalism with people […]

Some of you have asked about this video.  Gordon-Conwell Theological Seminary has now put it online.  Get some context here. [youtube https://www.youtube.com/watch?v=jgHvJZ3FRfM&w=560&h=315] 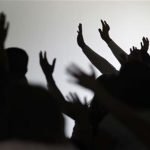 Earlier this month I was at Gordon-Conwell Theological Seminary in the Boston area for a panel discussion with Dartmouth religion scholar Randall Balmer on “Evangelicals and Politics.”  Mark Massa of Boston College’s Boisi Center served as the moderator. Massa asked […]

I spent Monday night at Gordon-Conwell Theological Seminary in Hamilton, Massachusetts (Boston-area).  Thanks to Gordon-Conwell president Dennis Hollinger for the invitation and Mary Ann Hollinger for her hospitality. The Boisi Center for Religion and American Public Life sponsored conversation on […] 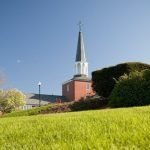 The Boisi Center for Religion and American Public Life at Boston College is sponsoring a conversation with yours truly and Dartmouth’s Randall Balmer at Gordon-Conwell Theological Seminary on Monday night.  The topic is “Politics and Evangelical Christians.”  Learn more here.

My friend and Gordon-Conwell president Dennis Hollinger looks like he is watching the next President of the United States. [youtube https://www.youtube.com/watch?v=c2vWBreK7Iw?ecver=2]