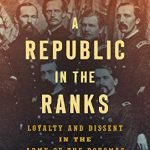 Zachery Fry is Assistant Professor of Military History at the U.S. Army Command and General Staff College. This interview is based on his new book, A Republic in the Ranks: Loyalty and Dissent in the Army of the Potomac (The University […] 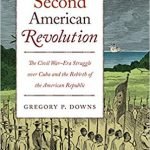 Gregory Downs is Professor of History at the University of California, Davis. This interview is based on his new book, The Second American Revolution: The Civil War-Era Struggle over Cuba and the Rebirth of the American Republic (University of North Carolina […] 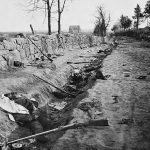 Annie’s recent Out of the Zoo column raised this question.  Check it out here. I think Annie must have inspired University of Virginia Civil War historian Gary Gallagher. 🙂 Here is a taste of his piece at The Conversation: It […]

Over at The Washington Post, historian J. Brooks Flippen compares the two Democratic political outsiders.  Here is a taste of his piece “Is Pete Buttigieg Jimmy Carter 2.0“: Like Carter, the former long-shot mayor has emerged as one of the front-runners by […] 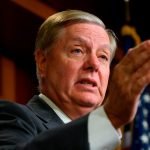 What do DeWitt Clinton, John Lindsay, Rudy Giuliani, Bill DeBlasio, and Michael Bloomberg have in common? They were all New York City mayors who ran for president. Here is Ed Kilgore at New York Magazine: So that brings us to 2020 […]

William Jennings Bryan, George McGovern, Jesse Jackson, and Barry Goldwater all failed in their bids for the presidency.  But their ideas lived on and profoundly shaped the future of their parties.  According to historian Michael Kazin, Bernie Sanders is doing […] 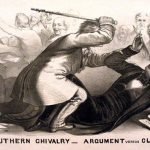 Annie Thorn is a sophomore history major from Kalamazoo, Michigan and our intern here at The Way of Improvement Leads Home.  As part of her internship she is writing a weekly column titled “Out of the Zoo.” It focuses on life as […]

Over at Time, Olivia Waxman asked Carol Anderson, Jeffrey Engel, Kevin Kruse, Barbara Perry, Manisha Sinha, and Brenda Wineapple to reflect historically on Trump’s acquittal. Here is Sinha: I think the person who was a real profile in courage [Wednesday] was […] 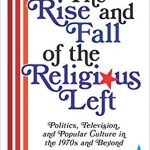 L. Benjamin Rolsky is an adjunct instructor in the History and Anthropology Department at Monmouth University and a part-time lecturer in the Religion Department at Rutgers University. This interview is based on his new book, The Rise and Fall of […]

What happened last night?  This was by far the most divisive, strange, sensational State of the Union Address I have ever witnessed. Think about it: Donald Trump did not (refused?) to shake Speaker of the House Nancy Pelosi’s hand. Nancy […] 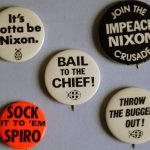 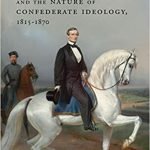 Jeffrey Zvengrowski is Assistant Editor of the Papers of  George Washington and Assistant Research Professor at the University of Virginia. This interview is based on his new book, Jefferson Davis, Napoleonic France, and the Nature of Confederate Ideology, 1815-1870 (LSU Press, […] 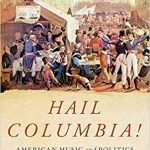 Laura Lohman is Director of the Center for the Advancement of Faculty Excellence and Professor of Music at Queens University of Charlotte. This interview is based on her new book, Hail Columbia!: American Music and Politics in the Early Nation (Oxford […] 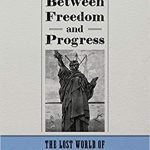 David Prior is Assistant Professor of History at the University of New Mexico. This interview is based on his new book, Between Freedom and Progress: The Lost World of Reconstruction Politics (LSU Press, 2019). JF: What led you to write Between Freedom […] 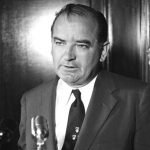 Earlier this week, Donald Trump compared the impeachment inquiry against him to a lynching.  Both Republicans and Democrats reminded Trump about the history of lynching in the United States.  Over at The Washington Post, Lawrence Glickman, the Stephaen and Evalyn Milman […]

Yesterday we highlighted historian Joanne Freeman’s tweet about the GOP Congressman who disrupted a deposition in the Trump impeachment inquiry.   Today we have a video of Freeman offering some historical context for this event in an appearance on MSNBC: [youtube […]

I’m not sure what to make of this, but it is certainly interesting.  Watch this interview with American University history professor Allan Lichtman.  He has correctly predicted the winner of every presidential election since 1984 with the exception of the […] 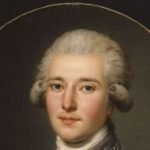 Over at The Washington Post, historian Jordan Taylor reminds us that “the founding fathers knew first-hand that foreign interference in U.S. elections was dangerous.”  He points to French ambassadors Edmond-Charles Genet, Jean Antoine Joseph Fauchet, and Pierre-Auguste Adet in the […]