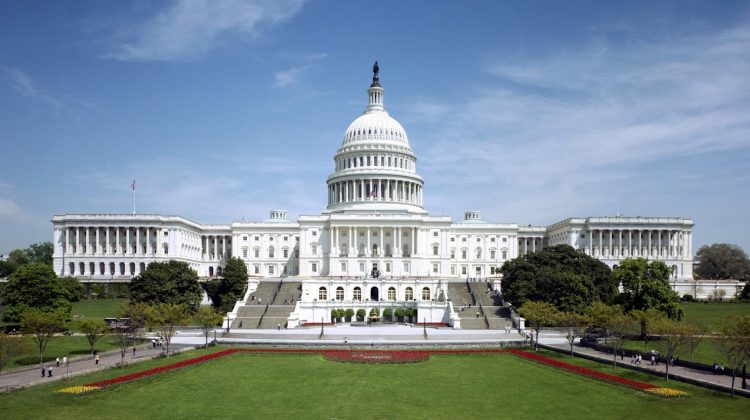 Last week the House of Representatives passed H.Con Res. 3 “expressing the sense of Congress condemning the recent attacks on pro-life facilities, groups, and churches. Here is some of the text:

Whereas since the May 2, 2022, leak of the Supreme Court’s draft opinion in Dobbs v. Jackson Women’s Health Organization, individuals professing anti-life views have targeted, destroyed, or vandalized numerous pro-life facilities, groups, and even churches to further their radical cause;

Whereas, following the leak of the draft Dobbs decision, radical anti-life advocates initiated a pressure campaign designed to influence the Supreme Court’s opinion;

Whereas, following the leak and issuance of the Dobbs decision, radical anti-life advocates have defaced, vandalized, and caused destruction to over 100 pro-life facilities, groups, and churches;

Whereas, on May 3, 2022, individuals vandalized the Care Net Pregnancy Center in Frederick, Maryland, with pro-abortion graffiti, including the messages, “not real clinic”, “end forced motherhood”, and “go to [Planned Parenthood] instead”;

Whereas, on May 5, 2022, in Portland, Oregon, vandals smashed numerous windows and spray-painted graffiti on the Southeast Portland Pregnancy Resource Center;

Whereas, on May 7, 2022, activists vandalized a crisis pregnancy center in Denton, Texas, with the radical pro-abortion messages “not a clinic” and “forced birth is murder”;

Whereas, on May 7, 2022, in Fort Collins, Colorado, activists painted “my body my choice” on the doors of a Catholic parish;

Whereas, on May 8, 2022, Mother’s Day, individuals attempted to break into the Oregon Right to Life office in Keizer, Oregon, reportedly igniting and throwing 2 Molotov cocktails at the building;

Whereas, on May 8, 2022, vandals spray-painted pro-abortion messages such as “Abortion is a right”, “Fake clinic”, and “Liars” on the side of a pro-life pregnancy center in Manassas, Virginia;

Whereas, on May 8, 2022, a pro-life nonprofit center in Madison, Wisconsin, was set ablaze and vandalized with the words, “If abortions aren’t safe, then you aren’t either”;

Whereas, on May 13, 2022, activists left “threatening messages” on the front of the Alpha Pregnancy Center in Reisterstown, Maryland, including the messages, “if abortions aren’t safe, neither are you”, “you’re anti choice not pro life”, “not a clinic”, and were signed “Jane’s revenge”;

Whereas, on May 18, 2022, vandals targeted a “women’s faith-based medical clinic” in Auburn, Alabama, defacing the clinic’s sign and staff members’ vehicles;

Whereas, on May 25, 2022, in Lynnwood, Washington, anti-life activists smashed windows and vandalized the Next Step Pregnancy Center with the threat, “if abortion isn’t safe, you aren’t either”;

Whereas, on June 2, 2022, Jane’s Revenge claimed credit for an attack in which its members broke windows and scrawled messages including “God loves abortion” and “fake clinic” at Agape Pregnancy Resource Center in Des Moines, Iowa;

Whereas, on June 3, 2022, the Capitol Hill Crisis Pregnancy Center in Washington, DC, was the target of left-wing abortion extremists who threw red paint on the door, threw eggs at the window, and spray-painted the building with “Jane Says Revenge”;

Whereas, on June 6, 2022, in Asheville, North Carolina, vandals broke windows and left graffiti on the Mountain Area Pregnancy Services building, including the messages, “If abortions aren’t safe, neither are you”, “no forced birth”, and an anarchist symbol;

Whereas, on June 10, 2022, in Philadelphia, Pennsylvania, vandals smashed the windows and graffitied the walls of HOPE Pregnancy Center;

Whereas, on June 19, 2022, in Redford Township, Michigan, individuals smashed the windows of the Pregnancy Counseling Center;…

Resolved by the House of Representatives (the Senate concurring), That Congress—

(2) recognizes the sanctity of life and the important role pro-life facilities, groups, and churches play in supporting pregnant women, infants, and families; and

(3) calls upon the Biden Administration to use all appropriate law enforcement authorities to uphold public safety and to protect the rights of pro-life facilities, groups, and churches.

Passed the House of Representatives January 11, 2023.

The bill passed by a 222-219 vote. Three Democrats broke with their party to vote for the resolution. They were Vicente Gonzales (TX), Chrissy Houlahan (PA), and Marie Gluesenkamp Perez (WA). Gonzalez and Houlahan received a grade of “F” from pro-life Susan B. Anthony Pro-Life America. Glusenkamp-Perez is pro-choice.

I know that resolutions like this are embedded in the politics of abortion, but why is it so hard for Democrats (219 in total) to condemn the kind of violence and destruction of property mentioned in this resolution?