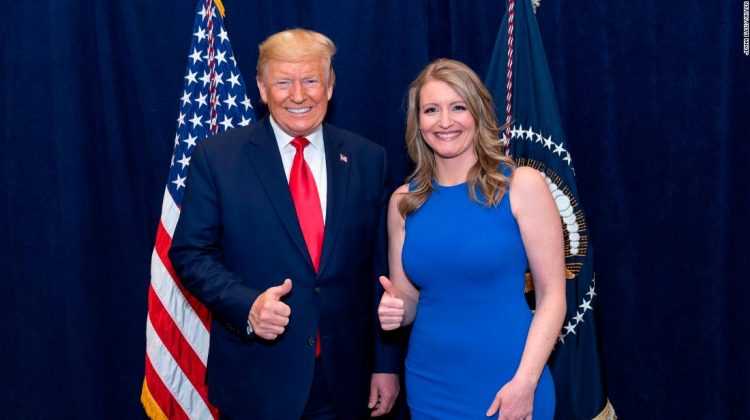 The January 6th Report is out. The House January 6th Committee has released dozens of interview transcripts and more are on the way. One of the transcripts released was an interview with Jenna Ellis, a member of the Colorado bar who has used the Trump presidency to forge a large platform among the MAGA faithful. Some of you may recall that she was part of Rudy Giuliani’s team that sought to overturn the 2020 presidential election. Ellis is an evangelical Christian who was one of the original “fellows” at Liberty University’s Standing for Freedom Center” (previously known as the Falkirk Center).

You can read the transcript of the January 6th Committee interview with Ellis here. She invoked the 5th Amendment on most of the questions the committee asked of her.

Colorado Newsline is reporting that the Colorado Office of Attorney Regulation Counsel has placed Ellis under investigation. Here is a taste of Quentin Young’s piece:

Ellis has been the target of formal complaints regarding what critics characterized as her professional misconduct connected to Trump’s effort to reverse the results of a free and fair election. In May a complaint from the States United Democracy Center, a Washington, D.C.-based nonprofit, asked Colorado Attorney Regulation Counsel Jessica Yates to investigate Ellis for multiple alleged violations of professional rules and impose possible “substantial professional discipline.”

“The status of this complaint is that it is pending with our office,” Yates wrote to Newsline Friday in an emailed response to questions about the complaint.

The complaint had previously been reported. This is believed to be the first time the existence of an investigation of Ellis has been reported.

Attempts to reach Ellis for comment Friday, at “The Jenna Ellis Show” and elsewhere, were not successful.

Ellis appears among key Trump-aligned figures in the final report, released Thursday, of the U.S. House panel investigating the Jan. 6 insurrection. The report, which describes Ellis as deputy to Trump campaign lawyer Rudy Giuliani, concludes that the attack on the U.S. Capitol was the result of a Trump-led “multi-part conspiracy to overturn the lawful results of the 2020 Presidential election.”

Yates’ office is investigating Ellis based on the States United Democracy Center complaint. The complaint says “Ellis made numerous public misrepresentations alleging fraud in the election — even as federal and state election officials repeatedly found that no fraud had occurred that could have altered the outcome and even as Mr. Trump and his allies brought and lost over 60 lawsuits claiming election fraud or illegality.”

Among the many alleged instances of misconduct the complaint cites, it notes that Ellis urged lawmakers in various swing states to intervene on Trump’s behalf and even certify false electors for Trump, and it says she drafted dishonest memos purporting to give legal rationale for then-Vice President Mike Pence to block the congressional electoral count on Jan. 6, 2021.

Lawyers in Colorado are subject to the state’s Rules of Professional Conduct, and complaints are investigated by the attorney regulation counsel. If the counsel decides a case warrants prosecution, it’s heard and decided by the Office of the Presiding Disciplinary Judge. The judge could impose disciplinary measures, such as suspension of the attorney’s ability to practice law or disbarment.