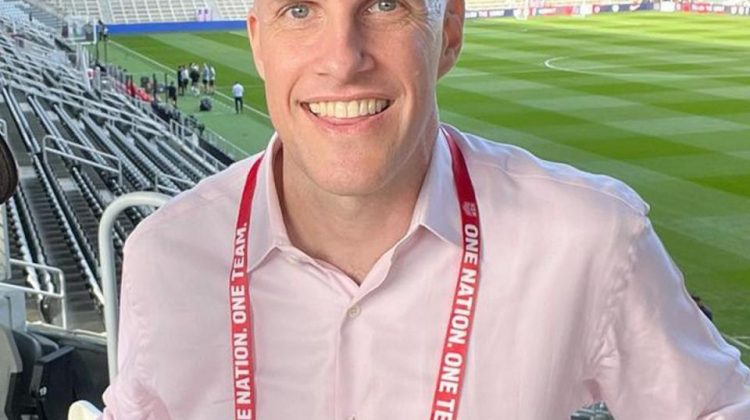 As I said in an earlier post, I had not read much of Grant Wahl’s soccer journalism until after his death last week. Over at Jacobin, journalist Abe Asher offers a tribute. Here is a taste of “For Grant Wahl, Soccer Was a Window Into the Best and Worst of Humanity“:

The day after forty-nine-year-old soccer journalist Grant Wahl collapsed in the press tribune at a World Cup quarterfinal in Qatar and died of an aortic aneurysm, a Los Angeles Times headline compared Wahl’s life to that of the late travel host Anthony Bourdain. The two men took dissimilar paths through life, but the comparison felt apt in one particularly important way: Bourdain used food as a lens through which to connect with people and understand the world. Wahl’s lens was soccer.

The game was a perfect choice. More than any other sport, soccer is a microcosm of the world — reflective of its extraordinary diversity and universal joys but also of its inequalities, injustices, corruption. Seldom has that been clearer than over the last month as the world has trained its eyes on a World Cup in Qatar, marred by the deaths of migrant workers and myriad human rights abuses and illuminated by the passion of millions of supporters across the globe.

Wahl was a hugely successful sportswriter and a trailblazer in American soccer journalism, but what set him apart in his field was his unyielding commitment to using his voice to stand up for people of all kinds, in all places. Wahl was a champion of the women’s game in the United States, one of a handful of prominent soccer journalists who covered women’s soccer without any caveat and with the same respect and rigor he afforded the men’s game.

In 2011, Wahl launched a long-shot campaign for president of FIFA, the game’s egregiously corrupt governing body, as the “people’s candidate” — promising to release all of FIFA’s internal documents, enact term limits, and appoint a woman as the organization’s general secretary. Wahl’s bid ended when he failed to convince a single nation’s soccer federation to nominate him for the position, a requirement to get on the election ballot. Several years later, a number of top FIFA officials were charged with racketeering and corruption.

In the buildup to the World Cup in Qatar, Wahl traveled to Doha to speak to migrant workers about their mistreatment working on infrastructure projects related to the tournament. Wahl said on his podcast that he was operating during the tournament under the assumption that he was being watched by the Qatari government. After he arrived and the games started, it would have been easy to get lost in the sensational drama that the games have offered — but he kept his focus on human rights.

Wahl’s penultimate piece of writing from Qatar was about Qatar Supreme Committee CEO Nasser Al-Khater’s callous reaction to a report that a migrant worker had died in a forklift accident at Saudi Arabia’s garish training resort during the tournament’s group stage. Wahl’s lede: “They just don’t care.”

Those were big examples of Wahl’s commitment to his beliefs. There were smaller ones too. Wahl consistently resisted racism and colonial attitudes in the game, excoriating fellow media members for stereotyping black players, and celebrating the fact that all the African nations at this World Cup were led by African coaches instead of imported Europeans. As a student journalist at Princeton, he had the guts to criticize legendary basketball coach Pete Carril for mistreating his players. He traveled to places that other journalists covering the game largely didn’t, or wouldn’t, like Ramallah, to cover the Palestinian national team. He was the first major journalist to platform the website Football Palestine, dedicated to covering the game there. All throughout his career, he provided help to journalists with smaller followings than him.