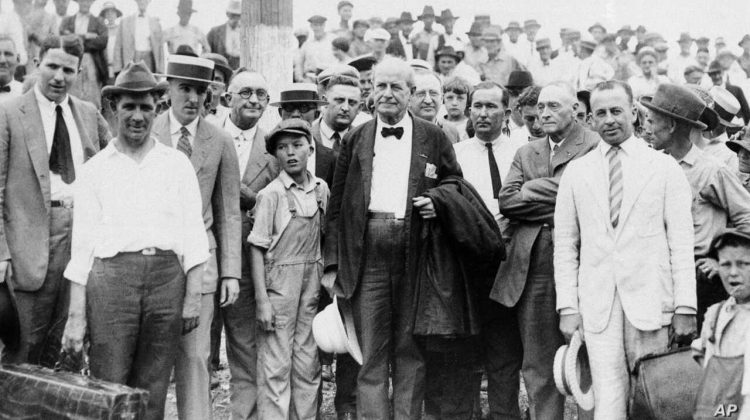 Rob Schenck: The Christian Right “made a deal with the devil”.

63% of evangelicals believe the world is ending, but not because of global warming.

Evangelicals, led by Rick Warren, gather to strategize about advancing the Great Commission in the next decade.

The National Association of Evangelicals on DREAMERS:

An evangelical pastor in Oklahoma defends the Dreamers (DACA recipients)

Evangelicals gather with other Christians to pray about polarization in the United States.

Justin Giboney on the Respect for Marriage Act:

Kirk Cameron can’t do story hour in some public libraries. Tony Perkins is all over it:

More on “Pastors for Trump“.

Evangelical “prophet” Julie Green tells Eric Trump that his father will be back in the White House as president.

Pro-Trump election fraud lawyer Jenna Ellis is all over it:

Jenna is not only a lawyer, she is also apparently a biblical scholar:

Liberty University’s Standing for Freedom Center was in Washington D.C. this week (and here):

“Twitter shadowbans” are not part of Christian Right agenda of Ralph Reed’s Faith and Freedom Coalition:

The Family Research Council too:

When a “prophet” tweets is that considered a prophecy?:

The MAGA movement, including many MAGA evangelicals, is gathering:

Jack Hibbs and Jenna Ellis talk about the Respect for Marriage Act:

A Detroit school changes its name and Franklin Graham is not happy:

A conservative Southern Baptist offers advice to Christian parents of a child identifying as transgender.

Feucht on the release of Brittney Griner: