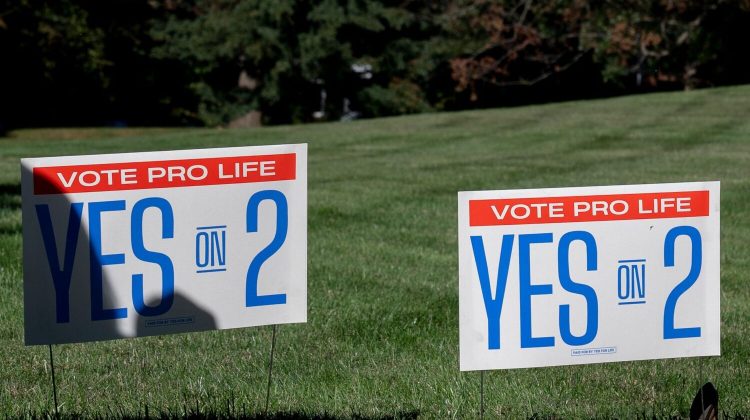 I talked to the Associated Press this week. A taste:

KENTUCKY, USA — In the midterm elections, evangelical Christians across the nation reconfirmed their allegiance to conservative candidates and causes, while Catholic voters once again showed how closely divided they are — even on abortion.

On a successful, high-profile ballot measure in the battleground state of Michigan, proposing to enshrine abortion rights in the state constitution, Catholic voters split about evenly, according to AP VoteCast, an expansive survey of more than 94,000 voters across the country.

In Kentucky, a reliably Republican state, voters rejected a GOP-backed ballot measure aimed at denying any state constitutional protections for abortion. Among those voting No were 60% of Catholic voters, according to VoteCast.

In contrast, about two-thirds of white evangelical voters in both Kentucky and Michigan voted against protecting abortion access.

Albert Mohler, president of Southern Baptist Theological Seminary in Louisville, Kentucky, said rejection of that measure in his state was an “unmitigated disaster.”

He was less surprised by abortion-rights amendments passing in more liberal Vermont and California and centrist Michigan. But the Kentucky vote was the “hardest loss” and followed a similar vote in August in another red state, Kansas.

Mohler said it’s important for abortion opponents to be willing to enact their views into policy.

Voters “who voted for pro-life candidates turned around and voted against a pro-life constitutional amendment,” Mohler lamented.

On the opposite side of the fight, Catholics for Choice president Jamie Manson said abortion access protections are popular.

“In red states and blue states, with religious voters and secular voters, wherever abortion was on the ballot, abortion rights disproportionately won,” she said in a statement.

John Fea, a professor of American history at Messiah University in Mechanicsburg, Pennsylvania, said the Kentucky vote signaled that many Americans seem to want the status quo provided under the 1973 Roe v. Wade decision. It legalized abortion nationwide — with some limits — until it was overturned by the U.S. Supreme Court in June.

“Most of the country wants some restrictions on abortion, but they don’t want bans,” Fea said. “The Christian right, despite the fact that they got what they wanted with the overturning of Roe, is not getting the extent of the victory they had hoped.”

While it remains uncertain which party will control Congress, John Fea and other scholars said the election was a setback for at least some Christian nationalist candidates on the Republican side – those who fuse Christian and American identity, symbols and mission.While some candidates associated with the view succeeded – such as U.S. Rep. Marjorie Taylor Greene, a Republican re-elected in her overwhelmingly red Georgia district – those facing a more mixed electorate struggled.

Republican Doug Mastriano — whose campaign rallies were infused with Christian music and symbols though he has rejected the “Christian nationalist” label — lost decisively in the race for governor in Pennsylvania. Republican U.S. Rep. Lauren Boebert, also associated with the movement, faced a tighter-than-expected race for re-election in Colorado.

Fea said Mastriano may have alienated people with his Christian nationalism but also with other factors, such as his efforts to overturn the 2020 presidential election results.

“I think it’s a vote against an extreme brand of Christian nationalism, combined with election denying,” said Fea, author of “Believe Me: The Evangelical Road to Donald Trump.”