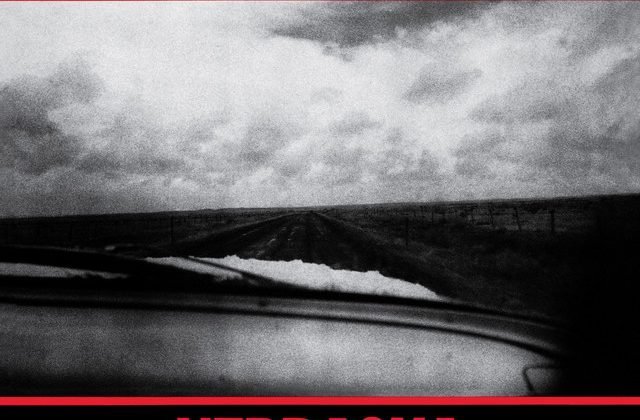 But maybe everything that dies someday comes back

Put your makeup on, fix your hair up pretty

And meet me tonight in Atlantic City

Here is a taste of writer Zachary Hardman’s piece at Unherd:

Everything about the album went against the spirit of the times. Ronald Reagan was two years into his first term after the Republicans swept the working-class heartlands of America in a landslide victory. The president believed storybook myths about his country: that its fortunes had been made by pioneering men and women on the western frontier, free from the restraining hand of the federal government. Reagan’s America was like the cowboy B-movies in which he had once starred: a land of heroes, opportunity, and sunny Hollywood optimism.

Nebraska was not optimistic. Its cover sleeve depicts a bleak sky, above a road to nowhere, ice on the windshield and, beneath it, the title in red, like a warning sign. It sold poorly and due to its troubling themes, Springsteen did not take it on tour. Nebraska was left to speak for itself. Today, exactly 40 years after its release, that voice is no less disquieting. Its characters are mostly out-of-work men, driven to the edge of madness, and sometimes beyond it, by poverty and despair. They commit petty acts of crime to make ends meet, or sometimes shocking acts of depravity.

The album’s opener, for instance, tells a fictionalised account of the crimes of Charles Starkweather, a 19-year-old carpenter’s son who took his 14-year-old girlfriend on a killing spree around rural Nebraska in 1959. “I can’t say I’m sorry for the things we done,” reflects Springsteen’s Starkweather character, “at least for a while, sir, me and her we had us some fun.”

On Nebraska, Springsteen’s characters all speak in this idiomatic, first-person style, punctuated with “sirs” and “misters”. They speak in parables, of gleaming mansions on hills, of lost sons returning to fathers, of family loyalty chosen over duty. The economy of language owes much to the influence of Flannery O’Connor, the writer of Southern Gothic fiction, in whose profoundly Catholic vision grace is often found in moments of shocking violence. “She got to the heart of some meanness that she never spelled out,” Springsteen has said, inspired to create characters of his own. Her work, he later reflected, reminded him of the “unknowability of God”.

Matters of the soul were on Springsteen’s mind. He was 33 and mired in depression. It was an affliction that ran deep among the Springsteens, working-class Italian-Irish Catholics from Freehold, New Jersey. Bruce’s father was a brooding, sometimes violent alcoholic, who traded various blue-collar jobs. Nebraska is Springsteen’s most personal album, written for the kitchen in which his father drank; for the “flat, dead voice” that drifted through his town on sleepless nights; for his grandparents’ sparse living room, frozen in time, ornamented by a picture of his father’s sister, killed as a child in a bicycle accident.