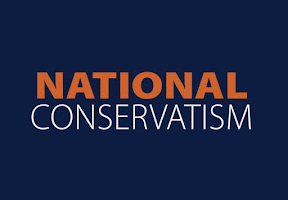 I missed this when it appeared last month. Several intellectuals, many from the world of religion and theology, published “An Open Letter Responding to the NatCon ‘Statement of Principles.'” Signers include Paul Griffiths, David Bentley Hart, Eugene McCarraher, John Milbank, James K.A. Smith, and Rowan Williams.

Here is the letter, originally published at The European Conservative:

We were dismayed to read the “National Conservatism: A Statement of Principles,” published by this publication and the American Conservative in June and signed by several prominent public figures and intellectuals. Although we welcome its timely critique of destructive globalisation and sympathise with its call for the renewal of national culture and traditions, we find ourselves unable to agree with its assault on “universalist ideologies.” What after all has underpinned the Western, European and Christian civilisation that National Conservatism claims to defend and uphold if not a universalist ethical, spiritual and, yes, political vision?

As critics of contemporary liberalism from both Left and Right, we believe that the just nation must take account of the principle of subsidiarity—that power should be devolved to the lowest appropriate level. But this necessarily means that tasks which are beyond the scope of any one nation must be taken up internationally. The NatCon statement implies that such internationalism is inevitably imperialist, when in reality it is nation-states which have created the conditions for exploitative globalisation.

Indeed, those who challenge globalisation must carefully consider the role of the modern nation-state in its creation. The dissolution of national cultures was anticipated by the wiping out of local cultures, and the centralisation of power away from both local governments and civil society—notably churches, guilds, and other associations. It is nation-states as they are presently understood that have facilitated the ever-greater expansion of global capitalism and the unmediated technology that now threatens our social, civic, and spiritual lives.

A pure nationalism, disconnected from universal ideals, risks becoming the mirror image of the abstract globalism the statement’s signatories rightly reject. By implicitly asserting the supremacy of nations over culture and communities, it subordinates both the universal and the particular to the national, as if national interests and national traditions were necessarily good and anything exceeding nations must therefore be evil.

We agree with the signatories of the National Conservatism statement regarding the importance of the substantive goods that are today commonly threatened by globalisation. But these goods must be pursued at every level. There is no safeguard within nationalism that necessarily promotes them, no principle within internationalism that inherently opposes them. We cannot outsource our political prudence solely to the nation-state; rather, we must pursue the common good, and the substantive goods of men and women, at every level of social organisation, from the family to international bodies.

The absolute sovereignty of the nation-state presented in the Statement of Principles is a modern myth, which traditional conservatives such as Edmund Burke questioned because, as with the French Revolution, it can lead to terror and tyranny. Burke’s alternative was a ‘cultural commonwealth’ of peoples and nations covenanting with each other in the interests of mutual benefit and flourishing.

There is a profound irony here. A document that set out to condemn “the liberal imperialism of the last generation, which sought to gain power, influence, and wealth by dominating other nations and trying to remake them in its own image,” cites as its only vision of nationhood the American liberal constitutional model with its the separation of powers and “limited state.” But there are many European countries with very different and highly successful models, which have more blended forms of mixed constitution and fuse political and economic functions.

The commitment to an explicitly “Anglo-American” ideal of “free enterprise” and “individual liberty” is at odds with much of the European conservative tradition which has historically sought to limit the market and uphold a non-individualistic model of liberty, balancing rights with responsibilities.

We were most disheartened by the lack of reference to the supreme theological virtue and the guiding ideal of Christian civilization: charity. In its list of ideals—“patriotism and courage, honor and loyalty, religion and wisdom, congregation and family, man and woman, the sabbath and the sacred, and reason and justice”—no mention was made of friendship, compassion, or love.

The absence of the central tenet of citizen life—the bond of civic friendship, and the principles of charity and magnanimity—is deeply worrying. This absence is already taking hold in mainstream secular political discourse, and it is imperative that critics of liberalism reject it. Political movements must be based on charity and friendship if they are to be in any way aligned with the Christian political tradition.

We are born into social relations, Burke’s “little platoons”; and these are the first object of our affections. The care that has been extended to us before we could reciprocate, we learn to extend to others: particularly to those weakest among us. We learn to love and care for family and friends, community and country. This love creates a sense of attachment and affection that gradually extends to our fellow citizens and humankind—the strangers in our midst who become our neighbours. On this basis we can start to displace a globalism of surveillance and suspicion with an internationalism of friendship and reciprocity.

In the end the National Conservative statement is neither conservative nor Christian. As critics of liberalism from both Left and Right, we must reject it. We acknowledge the importance of national cultures. We recognise the rightful place of the nation acting in defence of the common good on behalf of its citizens. But we cannot accept the idea that to fight globalisation we must uncritically embrace the nation-state as the one true political form, or the most complete community; or that the best good we can aim for is nation-states re-armed against each other, seeking their own interests in perpetual implied conflict.

We the undersigned uphold the universal principles that underwrite nations, the natural law that is written on the heart of every man and woman in every nation, and the spirit of international friendship and charity that binds us together.