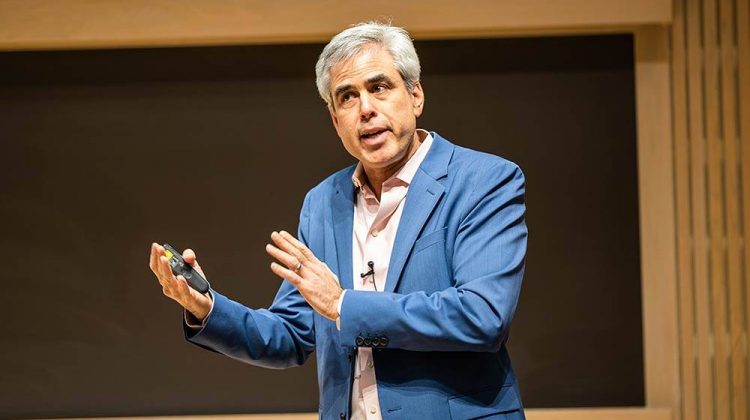 Here is a small taste of the New York University psychology professor’s piece at The Chronicle of Higher Education:

I have been thinking a lot about fiduciary duty because my main professional association — the Society for Personality and Social Psychology, known as SPSP — recently asked me to violate my quasi-fiduciary duty to the truth. I was going to attend the annual conference in Atlanta next February to present some research with colleagues on a new and improved version of the Moral Foundations Questionnaire. I was surprised to learn about a new rule: In order to present research at the conference, all social psychologists are now required to submit a statement explaining “whether and how this submission advances the equity, inclusion, and anti-racism goals of SPSP.” Our research proposal would be evaluated on older criteria of scientific merit, along with this new criterion.

These sorts of mandatory diversity statements have been proliferating across the academy in recent years. The Foundation for Individual Rights and Expression, the Academic Freedom Alliance, and many professors have written about why they are immoral, inappropriate, and sometimes illegal. I’ll add one additional concern: Most academic work has nothing to do with diversity, so these mandatory statements force many academics to betray their quasi-fiduciary duty to the truth by spinning, twisting, or otherwise inventing some tenuous connection to diversity. I refuse to do this, but I’ve never objected publicly.

The SPSP mandate, however, forced us all to do something more explicitly ideological. Note that the word diversity was dropped and replaced by anti-racism. So every psychologist who wants to present at the most important convention in our field must now say how their work advances anti-racism. I read Ibram X. Kendi’s book How to Be an Antiracist in the summer of 2020, so I knew that I could no longer stay silent.

I wrote to Laura King, the president of SPSP (and a friend from way back in the first years of positive psychology). I asked her if this was really now an SPSP policy. In her response she reaffirmed the telos of SPSP: “SPSP’s mission remains to advance the science, teaching, and application of social and personality psychology.” She then said that she thought part of that mission “should involve amplifying the voices of those who have historically been underrepresented in our field.” That is a view I agree with: Diversity stated in that unobjectionable form can be a value of the organization. But (like all values), I think it must not be raised to a second telos. She also affirmed that, yes, the mandatory statements are now official policy, and she added: “I am not super clear on why anti-racism is viewed as problematic.”

I wrote back to explain why I thought it was problematic, quoting passages from Kendi’s book, such as this one:

I explained why I thought the claim was incorrect from a social-science perspective because there are obviously many other remedies. And I explained why I thought the claim was incorrect morally because it requires us to treat people as members of groups, not as individuals, and then to treat people well or badly based on their group membership. That’s exactly the opposite of what most of us who grew up in the late 20th century thought was a settled moral fact. (I should note that in her response to me, King said that SPSP didn’t necessarily endorse Kendi’s version of anti-racism, and she pointed out that there were other definitions available.) I can add, in retrospect, a quote from Paul Bloom and his colleagues Christina Starmans and Mark Sheskin. In a 2017 essay in Nature Human Behaviour, they reviewed research on the psychology of fairness and then argued that “humans naturally favour fair distributions, not equal ones, and that when fairness and equality clash, people prefer fair inequality over unfair equality.”

I believe that anti-racism has a place at SPSP, and I said so to King. Let there be speakers, panels, and discussions of this morally controversial and influential idea at our next conference! But to adopt it as the official view and mission of SPSP and then to force us all to say how our work advances it, as a precondition to speaking at the conference? This is wrong for two reasons: First, it elevates anti-racism to be a coequal telos of SPSP, which means that we would no longer rotate around the single axis of excellent science. Every talk would have to be both scientifically sound and anti-racist, even though good science and political activism rarely mix well. Second, it puts pressure on social psychologists — especially younger ones, who most need to present at the conference — to betray their fiduciary duty to the truth and profess outward deference to an ideology that some of them do not privately endorse.

In 2011 I began to perceive a problem in social psychology: Almost all of us were on the left, and I began to see how our political homogeneity damaged the quality of some of our research. I love my field, and I loved SPSP and its conferences, so I raised my voice about it. At the 2011 SPSP conference, I gave a plenary talk on how social psychology was becoming a tribal moral community. I raised my voice again when I joined with five other social psychologists to write a paper in Behavioral and Brain Sciences titled “Political Diversity Will Improve Social Psychological Science.” That collaboration laid the groundwork for what became Heterodox Academy, once we learned that these problems were happening in many academic fields.

I raised my voice again to write to King and object to the new policy. But soon it will be time for exit. I cannot remain loyal to an organization that is changing its telos and asking its members to violate their quasi-fiduciary duties to the truth. I am especially dubious of the wisdom of making an academic organization more overtly political in its mission, especially in the midst of a raging culture war, when trust in universities is plummeting.

So I’m going to resign from SPSP at the end of this year, when my membership dues run out, if the policy on mandatory statements stays in place for future conventions. I hope that other members will raise their voices.