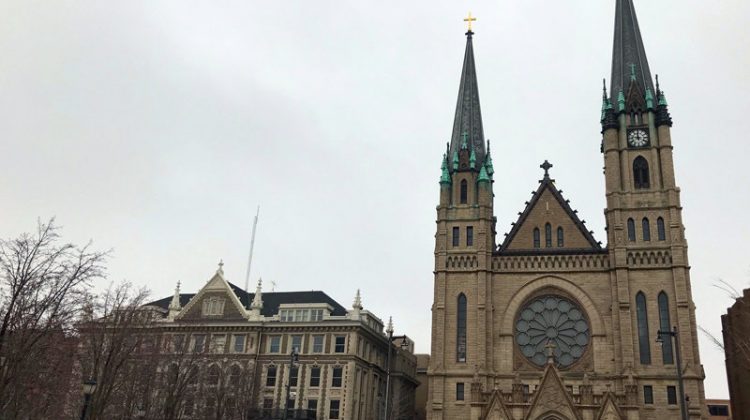 Over JSTOR Daily, Livia Gershon, with the help of historian Peter Cajka, explains how the automobile changed Milwaukee Catholicism.

With the rise of cars, and especially after 1945, these boundaries loosened. Many Catholics moved out of city neighborhoods and into the suburbs. Highway construction led to the demolition of some city churches and the creation of new parishes. And people could drive from one part of the metropolitan area to go to church in another.

That meant that individual churches had to give Catholics a reason to attend mass in the neighborhood rather than somewhere else. For example, Cajka notes, the Church of the Gesu in downtown Milwaukee was built in 1894 to serve Irish Catholics. But by the 1940s, attendance was down and local Catholic authorities noted that “the better” parishioners had left, leaving the church largely serving the poor. In response, Gesu reached out to Catholic converts across the city. Thanks partly to its location just off an interstate highway, many of people from other districts began attending services at Gesu. To improve worshippers’ experience, the church upgraded its physical structure, improved lighting, and installed air conditioning in the 1950s. Gesu pastor Father Cahill described the church as a “spiritual oasis in the heart of the metropolis.”