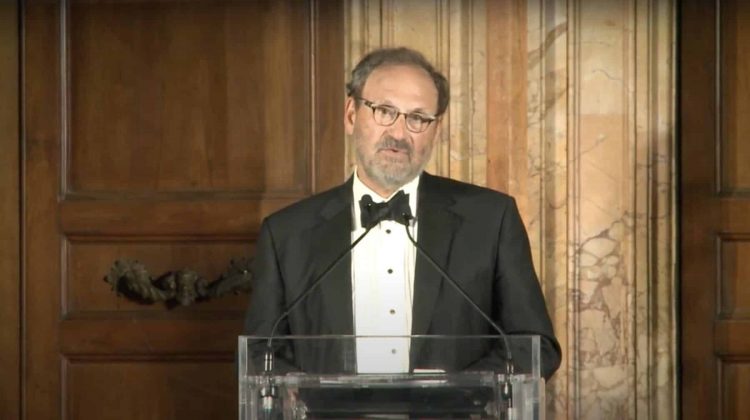 I wish Sam Alito would just keep his mouth shut and do his job. Every time he speaks publicly he proves that the Supreme Court is just another political institution. This, it seems, was what John Roberts was worried about in the Dobbs v. Jackson deliberations.

Here is Josh Gerstein at Politico:

Justice Samuel Alito, the author of the Supreme Court’s earth-shaking decision last month overturning Roe v. Wade, is mocking foreign leaders who lamented his opinion doing away with a half-century of federal constitutional protection for abortion rights in the U.S.

During a surprise appearance as a keynote speaker at a religious freedom conference in Rome last week, sponsored by the University of Notre Dame, Alito poked fun at the torrent of international criticism of his opinion for the five-justice court majority.

“I had the honor this term of writing, I think, the only Supreme Court decision in the history of that institution that has been lambasted by a whole string of foreign leaders, who felt perfectly fine commenting on American law,” the appointee of President George W. Bush declared in his speech, according to a video posted online by the university on Thursday — one week after the address was delivered.

“One of these was former Prime Minister Boris Johnson, but he paid the price,” Alito joked, referring to the conservative British leader’s announcement earlier this month that he planned to step down. “Post hoc ergo propter hoc, right?” the justice added, drawing applause and laughter from the audience to a Latin phrase used to describe a fallacious argument.

Alito, sporting a new beard, went on to note that President Emmanuel Macron of France and Prime Minister Justin Trudeau of Canada “are still in office” despite the salvos they launched at the ruling, which frees U.S. states to impose sharp limits on abortion throughout pregnancy.

“What really wounded me was when the duke of Sussex addressed the United Nations and seemed to compare the decision whose name may not be spoken with the Russian attack on Ukraine,” Alito said. “Despite this temptation, I’m not going to talk about cases from other countries.”

Most of Alito’s 36-minute speech was devoted to a discussion of religious liberty, with the conservative justice arguing that support for religious liberty is eroding because so many people now say they lack religious belief.

Some advice for Alito: Shave the beard. 🙂