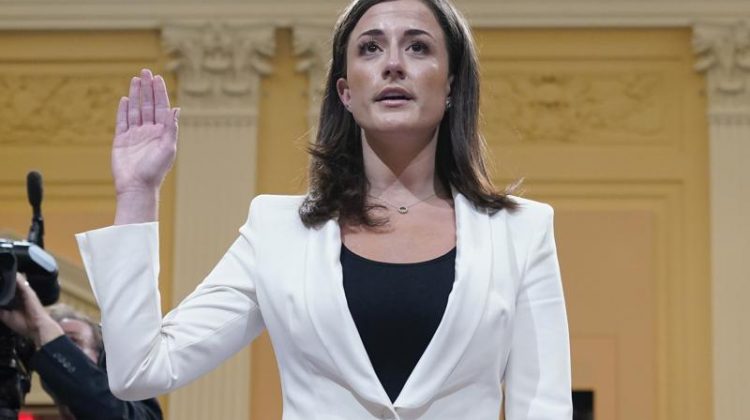 Former vice-president Mike Pence won’t testify before the House Committee to investigate January 6th. My congressman Scott Perry, and many other members of Congress, including minority leader Kevin McCarthy, will not testify. White House counsel Pat Cipollone will not testify.

White House Chief of State Mark Meadows will not testify, but his 26-year-old aide, Cassidy Hutchinson, is willing to do the right thing and testify.

Pence, Perry, McCarthy, Cipollone, and Meadows are not patriots, they are cowards. Meanwhile Hutchinson, a young woman with her entire career in front of her, is willing to risk everything to tell the truth about what happened on January 6, 2021. (She was 24-years-old at the time–a young Republican who had already interned for Ted Cruz and Steve Scalise.)

So what did Hutchinson say today (and via testimony taped earlier)?: