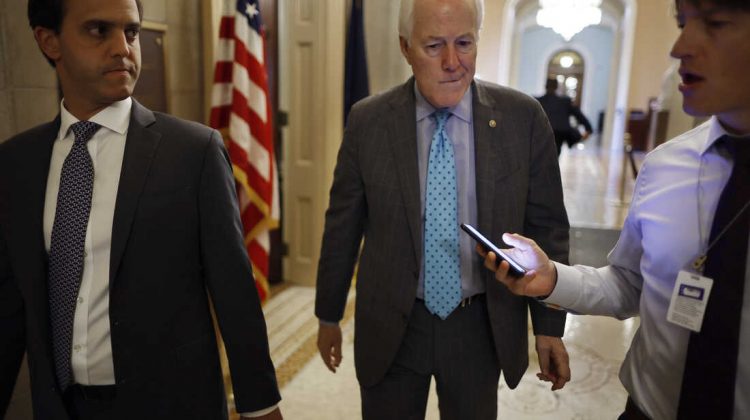 The Senate on Thursday night passed the most sweeping gun bill designed to prevent gun violence in decades, a major victory for advocates and a rare defeat for the National Rifle Association.

The vote was 65 to 33, with all 50 Democratic-voting members and 15 Republicans, including Minority Leader Mitch McConnell of Kentucky, voting to send the bill to the House for a vote expected Friday.

“The United States Senate is doing something many believed was impossible even a few weeks ago. We are passing the first significant gun safety bill in nearly 30 years,” Senate Majority Leader Chuck Schumer, D-N.Y., said immediately before the vote. “The gun safety bill we are passing tonight can be described with three adjectives: bipartisan, commonsense, lifesaving.”

The measure would offer grants to states for “red flag” laws and crisis prevention programs. It would enhance background checks for people ages 18 to 21, opening the door to access to juvenile records. It also seeks to close the “boyfriend loophole” by keeping guns away from non-spouse dating partners convicted of abuse, with caveats to restore their access under certain circumstances.

In addition, the legislation would clarify which sellers are required to register as firearm licensees, which would require them to conduct background checks on potential buyers. And it would toughen penalties for gun trafficking.

The bipartisan package now goes to the House, where Speaker Nancy Pelosi, D-Calif., vowed in a statement Thursday that she will bring the “life-saving legislation” to a floor vote Friday and “send the bill to President Biden” for his signature.

Of the aforementioned group, only Murkowski is up for reelection in 2022. That takes guts.

Of the aforementioned group, Rubio, Grassley, Paul, Kennedy, Lankford, Scott, Johnson, and Thune are up for reelection in 2022.