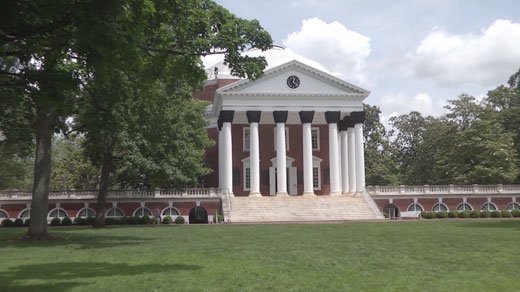 Emma Camp is just one voice at one school–the University of Virginia. I am sure campus progressives–students and especially faculty members–will dismiss her recent New York Times op-ed. When this post hits my Facebook page, I imagine a few academics will come out of the woodwork to say how their campuses are ideologically diverse. Or they will suggest that Camp is not representative. But if Camp is correct about the culture of UVA and other schools, she has identified a serious problem in the academy right now.

Much of what she says in her piece seems right to me.

Each week, I seek out the office hours of a philosophy department professor willing to discuss with me complex ethical questions raised by her course on gender and sexuality. We keep our voices lowered, as if someone might overhear us.

Hushed voices and anxious looks dictate so many conversations on campus at the University of Virginia, where I’m finishing up my senior year.

A friend lowers her voice to lament the ostracizing of a student who said something well-meaning but mildly offensive during a student club’s diversity training. Another friend shuts his bedroom door when I mention a lecture defending Thomas Jefferson from contemporary criticism. His roommate might hear us, he explains.

I went to college to learn from my professors and peers. I welcomed an environment that champions intellectual diversity and rigorous disagreement. Instead, my college experience has been defined by strict ideological conformity. Students of all political persuasions hold back — in class discussions, in friendly conversations, on social media — from saying what we really think. Even as a liberal who has attended abortion rights protests and written about standing up to racism, I sometimes feel afraid to fully speak my mind.

In the classroom, backlash for unpopular opinions is so commonplace that many students have stopped voicing them, sometimes fearing lower grades if they don’t censor themselves. According to a 2021 survey administered by College Pulse of over 37,000 students at 159 colleges, 80 percent of students self-censor at least some of the time. Forty-eight percent of undergraduate students described themselves as “somewhat uncomfortable” or “very uncomfortable” with expressing their views on a controversial topic during classroom discussions. At U.Va., 57 percent of those surveyed feel that way.

When a class discussion goes poorly for me, I can tell. During a feminist theory class in my sophomore year, I said that non-Indian women can criticize suttee, a historical practice of ritual suicide by Indian widows. This idea seems acceptable for academic discussion, but to many of my classmates, it was objectionable.

The room felt tense. I saw people shift in their seats. Someone got angry, and then everyone seemed to get angry. After the professor tried to move the discussion along, I still felt uneasy. I became a little less likely to speak up again and a little less trusting of my own thoughts.

I was shaken, but also determined to not silence myself. Still, the disdain of my fellow students stuck with me. I was a welcomed member of the group — and then I wasn’t.

Throughout that semester, I saw similar reactions in response to other students’ ideas. I heard fewer classmates speak up. Eventually, our discussions became monotonous echo chambers. Absent rich debate and rigor, we became mired in socially safe ideas.