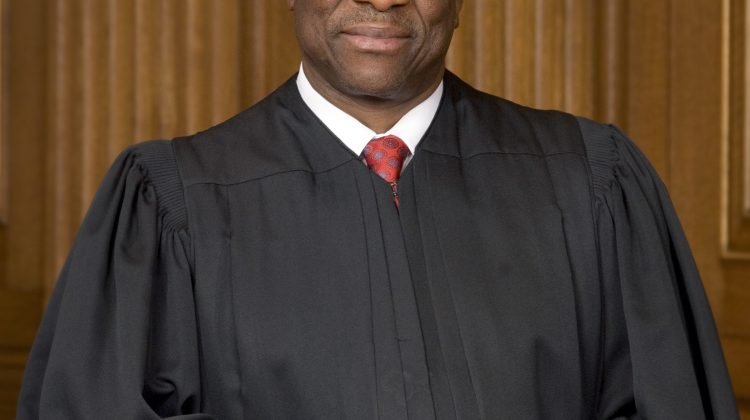 In the wake of The New Yorker piece on his conservative activist wife Ginni, Michael Tomasky, editor of The New Republic, makes a case for the impeachment of Clarence Thomas.

In a sane world, Jane Mayer’s excellent piece on Ginni Thomas in The New Yorker would set off a series of events that would lead to her husband Clarence Thomas’s impeachment and removal from the Supreme Court. Ginni is involved with numerous far-right organizations and schemes that take very public positions on court decisions across a range of social and political issues, such as last week’s 8–1 holding that Donald Trump could not block the release of documents related to the January 6, 2021, insurrection.

Thomas was the lone dissenter in that case. His wife sat on the advisory board of a group that sent busloads of insurrectionists to Washington on January 6. In addition, she cheered the insurrection on Facebook. It’s just the most recent example where she has been involved in activities that directly or indirectly place her activism before the court, and her husband does not care how corrupt it looks.

They’ve been doing this for years. This first occasion was back in 2000, in a case Mayer doesn’t even go into, when it was revealed after that election that as a Heritage Foundation staffer, Ginni was screening résumés for the incoming Bush administration while the nation awaited a ruling from the court on the Florida recount. There was pressure then on Thomas to recuse himself.

A decade later, when the first major Obamacare case came before the court, it was widely noted that Ginni’s group, Liberty Central, called the law a “disaster” and urged repeal. Again, there were calls for Thomas to recuse.

He didn’t do so in either case. And in the first one, he was part of the 5–4 majority in Bush v. Gore, one of the most self-discrediting decisions in the court’s history.

So for 20 years, Ginni Thomas has been operating in the white-hot center of far-right activist circles, involved in everything from Obamacare to abortion rights to same-sex marriage to you name it—all issues that have come before her husband. A more honorable man would recuse himself from all such cases or indeed quietly ask his spouse to find another, less incendiary line of work that has no impact on the appearance of her husband’s ethical standards.

And what have the Democrats done about it? Here, again, we see the difference between the two parties and their broader solar systems. If there were a liberal justice on the court with a spouse who was involved in every major ideological battle of our time, you can be sure the following process would have played out:

1. Some back-bench members of Congress would have started raising the issue.

2. Fox News and other right-wing media would have picked it up and turned the spouse into a symbol of liberal corruption.

3. Once in the majority, House Republicans would have held hearings and issued reports.

4. They probably would have impeached the justice, knowing that it would fail in the Senate but would tarnish said justice and any precedent of which he or she was a part.

The Democrats likely don’t have the gumption to do this. But they could do it.