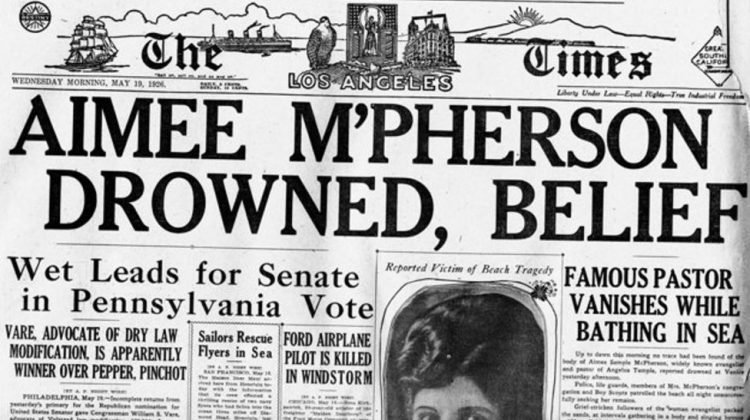 There is a long history of white evangelicals taking shots at Martin Luther King Jr.’s “liberal theology.” Tim LaHaye did it in 1968 and on Monday Al Mohler did it, albeit in a softer and more nuanced way.

The National Association of Evangelicals offers some resources:

Redeeming Love is now a movie.

Divisions in Calvin country. Yes, some will argue that the Christian Reformed Church (which is featured in the linked article by religion reporter Terry Mattingly) does not belong in an “evangelical roundup.” I beg to differ. Granted, rarely will one find a faculty member at Calvin University who identifies as an “evangelical.” In fact, most of them will break out in hives at the very sound of the world. But as a Calvin University parent who has spent long weekends talking, eating, and fellowshipping with Calvin parents, students, alums, members of the board of trustees, staff, and friends of the college, I would suggest that the Christian Reformed Church is VERY evangelical.

Remember when lawyers stayed out of politics and practiced the law instead of coming up with crazy plans to overturn the 2020 presidential election?”:

“America’s lawyer” re-ups on her faith in Christ:

Is Phil Vischer embarrassed by his fellow evangelicals?:

A “Senior Fellow for Biblical Worldview and Strategic Engagement” at the Family Research Council publishes a piece against diversity in churches on the weekend before Martin Luther King Jr. day. (HT)

Who is on the Lord’s side? Apparently Charlie Kirk:

Franklin’s annual attempt to bring MLK into the evangelical fold:

The American Bible Society used to talk about the Bible “doing its work.” This might be another example of that.

Lance Wallnau is a self-described “mediator” between the “prophets” and the “scholars”:

Wherever one finds displays of political power, evangelical politico Ralph Reed will be there for a photo-op:

And let’s not forget one of Ralph’s favorite verses:

I wonder what MLK would have thought about Land”s comments on Trayvon:

Can evangelical Christianity be separated from American tribalism?

The dean of Beeson Divinity School calls for reformation.

IT’S FIGHT TIME – – To do righteousness means to do the right thing. (Read Proverbs 29:2 and Jeremiah 29:7) And part of doing the right thing is why we must take back Congress this year.To do this means that every Christian must be engaged in the defense of our freedoms and the shinning of HIS light into the wicked political process. Remember – American politics became wicked when Christians stopped getting involved and we surrendered the halls of power to the wicked one.

Our Nation is dying because the Democrats are killing our Constitution, Law and Order. As an example, just look at California, look at San Francisco, you know, the place where Kamala Harris governed and left it in ruins, yet the Dems not only put her on the 2020 ballot but knew along what she had done to San Francisco.

TO TAKE BACK THE HOUSE we will need men and women to run and win all across the nation. To do this – we must support the very best in their Primary bids so that they might qualify to run in November. That’s why I am going to ask you again and again that all of you (me too) send a financial donation to my brother and good friend Josiah O’Neil who is running for California’s 49th Congressional District. Let’s send Josiah to Washington DC – He is the man, the Christian, The Army veteran, and lover of our nation that we need in D.C.I have known Josiah O’Neil for 20 years and I stand behind him 100% that’s why I’m asking you to me in supporting him today with a donation of any size.

Did this endorsement take place inside Hibbs’s church?”

Metaxas is still talking about his YouTube ban: “We are seeing the end of freedom.” Watch:

You know you make me wanna SHOUT:

Sexual abuse in the Anglican Church in North America.

Glad to see that Bob Briggs of the American Bible Society was involved with this event:

And then there was this:

The National Association of Evangelicals talks about the Bible and the environment.

The late Ravi Zacharias’s family is using his Facebook page to raise money for a new initiative.