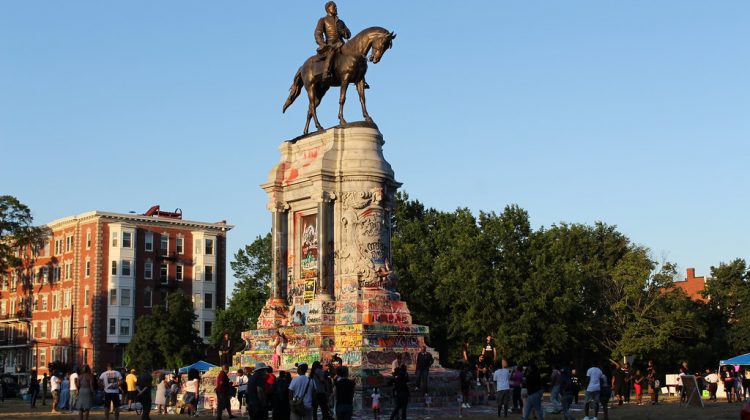 They have been looking for this thing since September. Here is ABC News:

After a time capsule found last week proved to be a letdown, another one has been found in the pedestal of a now-removed Robert E. Lee state in Richmond, Virginia, Gov. Ralph Northam announced in a tweet Monday.

“They found it!,” Northam said in the tweet. “This is likely the time capsule everyone was looking for.”

The contents of the time capsule, believed to date back to 1887, could be valuable. Historical records show that “37 Richmond residents, organizations, and businesses contributed about 60 objects to the capsule, many of which are believed to be related to the Confederacy,” according to a press release from the governor’s office.

There are even rumors that it contains a prized photograph of former President Abraham Lincoln’s casket. The possibilities excite people like local historian and author Dale Brumfield, who held out hope after a capsule discovered last week didn’t live up to expectations.

“I think it will be recovered as they remove the foundation,” Brumfield said. “And then we’ll finally get a chance to see what in the devil that picture of Abraham Lincoln really is.”

Northam watched last week as another capsule was opened by historians at the state’s Department of Historic Resources. After hours of working to unseal the small, corroded box, the contents confused and disappointed some local historians who were eager to see the contents of the box.