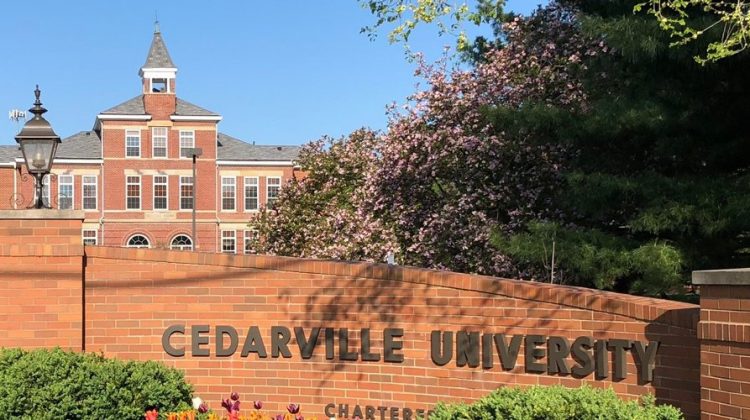 Let’s break this article down:

Here is Jesse’s description of the organization:

In early 2019, a couple dozen of the nation’s Christian colleges, universities and seminaries, along with a few Bible colleges, gathered in Nashville to hash out what would become the International Alliance for Christian Education. The group formally started in January 2020, becoming a secondary option to the broader Council for Christian Colleges and Universities, which has been around since 1976.

Among the charter members of the IACE was Louisiana College, which left the CCCU in 2019 over the CCCU’s support for “Fairness for All” legislation to add sexual orientation and gender identity to the list of federally protected classes. In 2015, other schools had left the CCCU over the issue of same-sex marriage.

According to Jesse, the IACE schools have experienced a small amount of growth:

And CCCU schools are also seeing a small amount of growth:

A longer-running and bigger association of Christian colleges — with a generally broader canvas of Christian beliefs and practices — is also seeing growth, but less dramatically. Total enrollment is up about 3% over that same decade.

The growth at both sets of Christian colleges far outpaces the overall trend in the private nonprofit school sector. According to a Free Press review of federal data, total enrollment at 950 nonprofit four-year colleges across the country, those under 5,000 students, fell by about 10% from 2010 to 2020. Individual colleges in any of the categories can outperform or underperform the trend, experts caution.

Despite its foundation in the Reformed Church in America, Hope does not require chapel attendance or students to sign a lifestyle statement or confession of faith. In the last decade, the school has greatly diversified its campus in terms of religious background, with more than twice as many Catholic students identified in the student body as RCA students.

It has embraced being a Christian institution with a core set of beliefs while encouraging students to explore life’s great questions.

“We can’t force students to believe something,” President Matthew Scogin said. “What conclusions (students) come up with is up to them. We’re simply trying to put the questions on the table. The secular schools don’t even put the questions on the table. Other (more conservative colleges) are mirroring churches. Churches should be about answers. We’re not a church; we’re a college. It comes down to inquiry, not answers.”

Despite being a part of a subgroup of colleges showing overall slight growth over the past decade, Hope has seen a slight dip, down to 3,061 in 2020 from 3,202 students in 2010. Michigan is among the hardest hit states with a shrinking number of college age students, a demographic trend that has nearly every Michigan school — public and private — scrambling.

While Alma still has a formal covenant with the Presbyterian Synod, the school has no statement of faith or beliefs students have to sign. There are no mandatory chapel services, although there are voluntary interfaith services and Bible studies held throughout the week. There’s no advantage in getting admitted to the school for anyone who goes to a Presbyterian church. There are no college-sponsored scholarships for Presbyterian students.

Like many small colleges, Alma has been battling to keep enrollment up. Unlike many, it’s been relatively successful. Comparing fall 2020 with fall 2000, enrollment is up about 2%.

Alma matches the trajectory for most small private schools — once a religious school, now secular. However, unlike the majority of these secular schools, Alma President Jeff Abernathy has been pushing in recent years for the school to increase its work with students on spirituality, even while staying away from one particular religion or denomination, believing it fits with the school’s emphasis on the whole student.

And then Jesse bounces to Cedarville:

Ohio’s Cedarville University, one of the fastest growing private liberal arts colleges in the nation… had been a member of the CCCU, but left in 2016 over differences on the issues of homosexuality and same-sex marriage. Cedarville officials declined a Free Press request to talk for this report.

Cedarville was among many colleges with tight rules on what students could and couldn’t do. Like many peer colleges across the Midwest, Cedarville relaxed those rules leading into the 2000s and was becoming known as moving a little more to the center of the ideological spectrum.

However, in 2012, a fundamentalist Bible professor was fired, drawing into public the battle lines over the direction of the school that led to the president leaving and a new president coming in. That new president, Thomas White, has led a return to a more conservative stance, including bringing in a number of Bible professors from Southern Baptist Convention seminaries and seeing more liberal Bible professors depart. During this time period, as it returned to its more conservative roots, enrollment jumped, climbing nearly 25% from fall 2010 to fall 2020, according to federal databases.

The enrollment growth jibes with an academic study published in January in the American Journal of Economics and Sociology that looked at subgroups within the CCCU.

It found that the “least distinctive” (those schools with the fewest requirements regarding chapel attendance, number of Bible classes that had to be taken, lifestyle covenant, etc.) got the most total applications, but those with more requirements had the highest yield rates, or greatest percentage of students who applied, were accepted and showed up on campus.

“Students who apply to the most religiously distinctive institutions are looking for a specific kind of college experience, and they often begin the admissions process with a relatively high degree of alignment between their personal beliefs and the mission and character of the institution,” Rine, the North Greenville University professor and an author of the study, told the Free Press.

And then comes this from IACE president David Dockery:

Despite a number of its schools leaving the CCCU, the new organization isn’t competing with it, IACE President David Dockery, himself a former chairman of the CCCU board, said in an interview.

“The CCCU (schools are) self-identifying as Christian, but not much more than that,” Dockery said. “The IACE holds to traditional creeds of Christianity.” The IACE “holds to the sanctity of life and marriage.”

The IACE schools also work hard to integrate the Bible into all fields. “That means more than just starting class with a prayer, as good as that is,” Dockery said. “It gives the faculty member the framework to ask the right questions. Our purpose is not to shield students from the issues of the day, it’s to help them think about them from a different point of view.”

I understand that Dockery wants to promote his new organization, but is he really suggesting that Messiah, Wheaton, Calvin, Gordon, and other non-IACE Christian schools only “self-identify” as Christian and do not hold to “traditional creeds?” Has Dockery looked at the doctrinal statements of these schools? Does he really believe that the approach to Christian education at these schools is little more than praying before class? I thought Dockery knew the Christian college world better than this.

Dockery also implies that the non-IACE schools do not believe in the sanctity of life and marriage. Let’s hope these quotes are taken out of context, because they read more like propaganda than an accurate portrayal of the Christian colleges who did not join Dockery’s conservative IACE. Every administrator and faculty member in the CCCU should be offended by this characterization. I am guessing that there are faculty members who teach at IACE schools who are also offended by it.

As someone who has been around the Christian college world for a while now, I can say with reasonable assurance that the differences between the IACE schools and the non-IACE Christian schools have little to do with the integration of faith and learning and everything to do with differences over some combination of Christian Right politics, critical race theory, social justice, the inerrancy of the Bible, the best way to approach gay marriage (Fairness for All), the acceptance of Catholic faculty, “biblically consistent curriculums,” creationism, mask mandates, and the role of women in the church. This is what Dockery means by “a different point of view.”