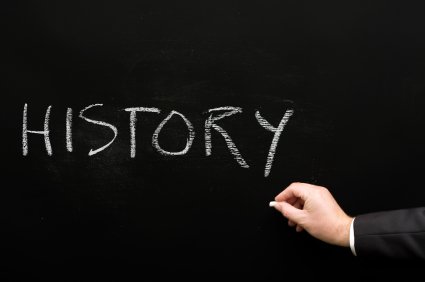 Our culture war is rooted in competing perceptions of the American past. Here is Peter Burkholder of Fairleigh Dickinson University and Dana Schaffer of the American Historical Association at Time:

Our recent national survey of people’s understandings and uses of the past, the full results of which will be published this summer, gives voice to the unheard masses. A collaboration between the American Historical Association and Fairleigh Dickinson University, and funded by the National Endowment for the Humanities, the poll of 1,816 Americans reveals the tensions of a nation riven by racist violence and political anxieties. Yet, those same results are reason for optimism, revealing commonality and paths forward for a divided nation.

The survey data suggest the divisions are real when it comes to how we think about our collective past. For example, 69% of respondents self-identifying as Democrats believe that women generally receive too little historical attention, while fewer than half that number (34%) of Republicans agree. That trend continues for other groups: racial and ethnic minorities, as well as the LGBTQ community, are seen by Democrats as shortchanged by historians, by a two- or even three-to-one margin, relative to their Republican counterparts’ views. Meanwhile, Republicans are up to twice as likely as Democrats to say that religious groups, the Founding Fathers and the military get inadequate historical consideration. Most strikingly, 84% of Republicans believe that history should celebrate our nation’s past, while 70% of Democrats think history should question it.

Nor are divisions simply a matter of political affiliation. White respondents are more than twice as likely as people of color to feel that the histories of racial and ethnic minorities garner too much attention. Those with a college degree see men dominating the thoughts of historians at nearly twice the rate that non-degreed respondents do. Age is likewise a factor, with people in the 18-29 bracket calling for more attention to LGBTQ history by a 19-point margin, relative to those in the 50-64 age range. The “history wars” are thus polarizing beyond the party affiliations within which they are typically framed.