Was America Founded as a Christian Nation? “The Coming of the Revolution” [youtube https://www.youtube.com/watch?v=eJOzoN2dp-k&w=560&h=315]... 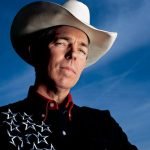 Over at Religion Dispatches, Paul Harvey responds to David Barton’s recent statement that Barack Obama is “America’s Most Biblically Hostile President.”  (Is Barton’s title a veiled response to the Patheos column that I wrote last month?  Glenn Beck’s website “The […]

Yes and no. Gary Gutting, a philosophy professor at Notre Dame, reflects on this question.  Here is a taste of his piece in today’s New York Times: According to Sullivan, all we should care about is how candidates would act […]