In last night’s CNN GOP Town Hall meeting, John Kasich had some advice for young people preparing for the work force.  Here is what he said: And one final thing: workforce development.  We have got to begin to teach our […]

Today I have been following the Twitter feed–#PhDCareer–of a one-day conference in Washington D.C. on careers in history.  This looks like a great event.  It is sponsored by the National Council for Public History, the American Historical Association, the Organization […]

Great stuff at the AHA blog from Loren Collins, a career counselor at Humboldt State University with a B.A. in history.   I have been preaching this stuff for several years through my series “So What CAN You Do With a […] 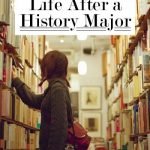 Christine Giamattei, a 2010 graduate of Holy Cross and a history major, nails it! She followed her burning passion for history and eventually found the study of history prepared her well for a life of work. Here is a taste […] 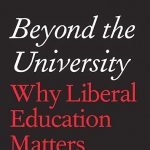 Michael Roth, the president of Wesleyan College (and a historian, I might add), is the author of the brand new book, Beyond the University: Why Liberal Education Matters.  In his recent piece at Inside Higher Ed he tries to imagine a […] 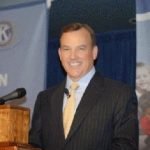 Clyde Tuggle of Coca Cola Clyde Tuggle is the chief public affairs officer at Coca-Cola.  He majored in German and Economics at Hamilton College and then went on to get an M.Div from Yale Divinity School. Tuggle recently told a […]