I just ran across this Smithsonian piece from 2017. Fascinating: It was the breaking news to end all breaking news—the fledgling British colonies of North America were committing treason and declaring independence. But in an era long before smartphone push alerts, TV […]

Jordan Taylor, a history professor at Smith College, writes, “Our familiar challenges with verification, fake news, irresponsible sharing, and partisan media would have been familiar  to those who lived through the tumultuous 1790s.”  She adds, “spend an hour with the […]

For example, you may find an issue of the Pennsylvania Journal and the Weekly Advertiser from 1774.  Here is a taste of Marielle Mondon’s article at the Philadelphia Voice: A rare copy of a Philadelphia newspaper from 1774, emblazoned with the iconic “Unite or […]

Over at Age of Revolution blog, Emily Sneff of the Declaration Resources Project writes about the partisan fights over the publication of the Declaration of Independence in the early republic.  Here is a taste of her piece: The tradition of […] 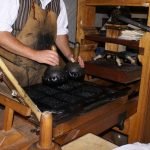 Early in my career I was very interested in the communication of information in early America.  One of the first pieces I ever published was an essay on the way letters were used to spread the First Great Awakening in […] 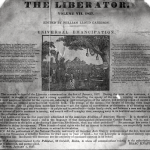 Over at “Made by History,” a history blog at The Washington Post, University of Alabama history professor Joshua Rothman offers some historical context for the Trump administration’s attacks on the news media. Here is a taste: Accused of being purveyors of […] 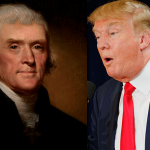 Here is a taste of my “The Press Was Way More Political in Jefferson’s Day–But He Defended It Anyway.” President Trump has made a habit of attacking the press as being a promoter of “fake news,” part of a “corrupt […] 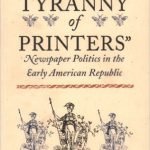 Earlier today, while speaking to a crowd in Florida, Donald Trump referenced Thomas Jefferson in a rant condemning the press and the media.  Here is what he said: I also want to speak to you without the filter of the fake news. […] 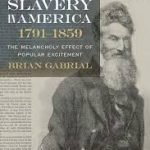 Brian Gabrial is Associate Professor and Chair of Journalism at Concordia University. This interview is based on his new book, The Press and Slavery in America 1791-1859: The Melancholy Effect of Popular Excitement (University of South Carolina Press, 2016). JF: […] 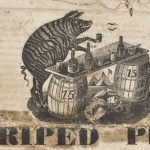 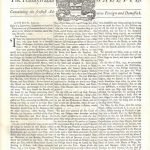 Get your copy of the October 6, 1743 issue of the Pennsylvania Gazette, the first edition published by Benjamin Franklin, at the Independence National Historic Park printing office before December 18, 2013.  From the National Park Service: Philadelphia – For the first […]