Yesterday the Senate voted 55-45 to move forward with Donald Trump’s second impeachment trial. The vote put an end to Kentucky senator Rand Paul’s constitutional objection to the trial. Most GOP senators supported Rand’s motion to kill the trial, but […]

It’s been a very ugly week in America. By this time next week, Donald Trump may be the only United States president to have been impeached twice. We are getting more and more disturbing images and videos from Wednesday’s invasion […]

Earlier today, I wrote about some of the highlights of the last ten days. I mentioned the Nashville bombing, Trump’s handling of end of the year legislation, the president’s continued attempts at overturning the 2020 president election, and the support […]

Over fifteen million cases and 292,000 deaths. COVID-19 continues to rage in the United States. Meanwhile, Donald Trump continues to give meaning to the phrase “lame duck president.” He is concentrating on last ditch efforts to overturn the 2020 presidential […] 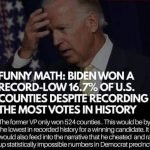 There are five stages of grief: denial, anger, bargaining, depression, and acceptance. Today it appears that Donald Trump has entered the second stage: It appears that the court evangelicals are all at different stages in the grieving process. Let’s check […]

Trump and his crack legal team are still claiming election fraud. On Saturday, U.S. District Court Judge Matthew Brann wrote, “One might expect that when seeking a startling outcome, a plaintiff would come formidably armed with compelling legal arguments and […]

Most of the court evangelicals are pretty silent today. They may be wondering if Trump will ever invite them back to the court. I am sure they are lamenting their loss of power. Eric Metaxas blocked me on Twitter years […]

Jack Graham sends a subtle pro-Trump message using Psalm 68: And this: Not sure what this means, but I think it has something to do with the election: The part about Biden getting few evangelical votes than Hillary Clinton odes […]

The coronavirus is spiking again. The country is in the midst of what might be an unprecedented conversation about race. And polls show that Donald Trump is trailing Joe Biden by a considerable margin. Trump is desperate. If he loses […]

What have Trump’s evangelicals been saying since yesterday’s update? A spokesperson for Liberty University’s Falkirk Center thinks someone is trying to cancel Christianity. Not sure how that is possible. It’s kind of like “removing God” from public schools. I’m going on record now: […] 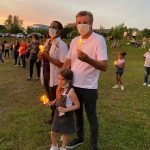 What have Trump’s evangelicals been saying since yesterday’s update? Court evangelical Eric Metaxas is talking about “reverse racism” and claims that the protesters are not “thinking rationally.” He interviews Bob Woodson, an African-American conservative critic of the 1619 Project. Metaxas […]

Here is Mike Pompeo talking with the Christian Broadcasting Network (CBN): [youtube https://www.youtube.com/watch?v=3lZiNeP-6uQ&w=560&h=315] Sarah Pulliam Bailey gets us up to speed at The Washington Post.  Read here piece here. Here are some really random thoughts about Pompeo’s remarks: The fact that […]

When you say that a female victim’s allegations are “irrelevant” and an anchor from the Christian Broadcasting Network pushes back… [youtube https://www.youtube.com/watch?v=T8ljWlevaU0&w=560&h=315]

Context: I have commented on Sessions’ use of Romans 13 in several posts here at The Way of Improvement Leads Home.  I also contributed to Washington Post and New York Times stories on this. Recently Session talked with David Brody at Christian Broadcasting […]

I just finished reading Elizabeth Dias’s New York Times piece on Christian Broadcasting Network journalist David Brody.  The evangelical journalist and the co-author of The Faith of Donald J. Trump: A Spiritual Biography has had some intimate access to the White House. Here is […]

Last week the Christian Broadcasting Network reported that several people walked out of a meeting of evangelical leaders at Wheaton College because of its “crazy Trump-bashing.” One of the organizers of the meeting, Darrell Bock (Dallas Theological Seminary), rejects CBN’s report.  […] 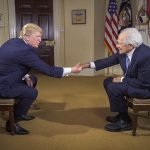 Ruth Graham has a great piece at Politico Magazine on the love affair between Donald Trump and Christian broadcasting.  Here is a taste: When “Huckabee” made its debut on TBN last fall, it immediately became the network’s highest-rated show, with more […]