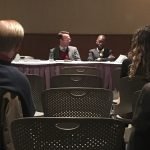 Martin Spence is Associate Professor of History at Cornerstone University in Grand Rapids, Michigan.  He is writing for us this weekend at the Annual Meeting of the American Historical Association in New York City.  Enjoy his latest post.  –JF The […] 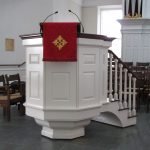 Check out my Messiah College history colleague Bernardo Michael and Messiah history alum Christina Thomas in this short documentary on Christina’s work on Rachel Flowers, the first African American student to graduate from Messiah.  Christina is currently a doctoral candidate […]

Christopher Cameron is Associate Professor of History at the University of North Carolina–Charlotte. This interview is based on his new book, Black Freethinkers: A History of African American Secularism (Northwestern University Press, 2019). JF: What led you to write Black Freethinkers? CC: Like countless scholars […] 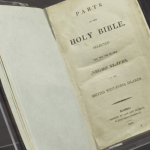 Check out Julie Zauzmer’s nice piece on the Bible and slavery at The Washington Post.  It draws from some of the best scholars on slavery, American religion, and the Bible, including Mark Noll and Yolanda Pierce.  Here is a taste: As […] 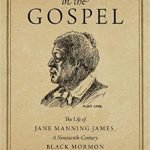 Quincy Newell is Associate Professor of Religious Studies at Hamilton College. This interview is based on her new book, Your Sister in the Gospel: The Life of Jane Manning James, a Nineteenth-Century Black Mormon (Oxford University Press, 2019). JF: What led you […] 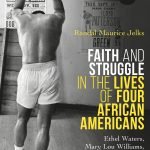 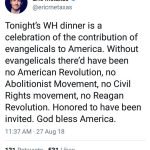 Eric Metaxas is one of the court evangelicals in attendance tonight at the White House.  Here he is with Mike Pence: Earlier tonight, Metaxas tweeted this: I am thankful to several folks who sent this tweet to me.  Eric Metaxas […]

We have done a few posts already on Masterpiece Cakeshop vs. Colorado Civil Rights Commission. According to a recent piece by Kate Shellnut at Christianity Today, a 2016 Pew survey found that 35% of white evangelicals support same-sex marriage, while 44% of black […]

In the wake of bishop Michael Curry’s sermon at the recent royal wedding, Grant Shreve offers us a brief introduction, with scholarly links, to the African American experience in the Anglican Church.  Here is a taste of his piece at […]

According to a recent Gallup survey, the born-again/evangelical population in this country is highest among blacks, “who are overall the most religious racial and ethnic group in the United States.”  Gallup reports that 61% of blacks identify as “evangelical” or […]

[youtube https://www.youtube.com/watch?v=JOGQpNKhIAY&w=560&h=315] Here is a taste of Ben Wetzel’s summary of the event: The Seminar in American Religion convened on March 24, 2018, to discuss Judith Weisenfeld’s prize-winning book, New World A-Coming: Black Religion and Racial Identity during the Great Migration (NYU […] 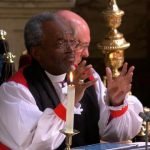 This past weekend we did a quick post on Bishop Michael Curry’s sermon at the royal wedding.  Yesterday at The Washington Post, American religious historian Randall Balmer offers a more extended take on the sermon.  Here is a taste: Curry, a […]

[youtube https://www.youtube.com/watch?v=fTMWJU9Nafk&w=560&h=315] I finally got a chance to watch Rev. Michael Curry‘s sermon at this morning’s royal wedding.  Wow! The message itself was not particularly groundbreaking, but the occasion made it more powerful than it would have been if Curry […] 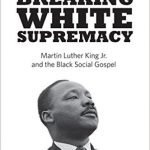 The Christian Century just published my review of Gary Dorrien’s Breaking White Supremacy: Martin Luther King Jr. and the Black Social Gospel. Here is a taste: Pick up any general survey of Christianity in America and turn to the section on the social […] 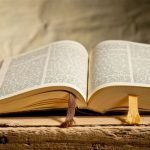 Earlier today I chaired a session titled “The Bible in American Cultural and Political History.” It was co-sponsored by the American Historical Association and the Conference on Faith History. In recent years, several important monographs have been published examining the role […] 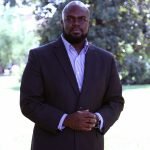 Earlier today in a piece at The Washington Post, I suggested that Donald Trump’s presidency is threatening to change the course of American Christianity. At the same time my piece appeared, The New York Times published a piece from an African […] 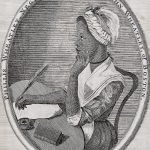 Michael Monescalchi is a graduate student in English at Rutgers University.  Over at Common-place he reflects on Phillis Wheatley‘s poem “On Virtue” and her engagement with the theology of Jonathan Edwards. Monescalchi writes: “Wheatley’s saying that her soul touched by Virtue can […] 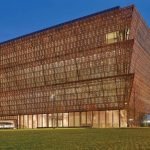 The National Museum of African American History & Culture website has a very informative feature on African Muslims in early America.  Online exhibits of this nature will go a long way toward debunking the myth, popular among many conservative evangelicals […]