John Fea is Executive Editor of CURRENT and the author of The Way of Improvement Leads Home blog. 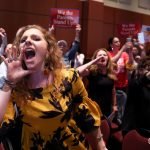 Historian of education Jonathan Zimmerman thinks so. Here is a taste of the University of Pennsylvania professor’s recent piece at Politico: Steve Bannon is right: The road to saving the nation runs through our schools. The real question is which […] 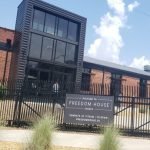 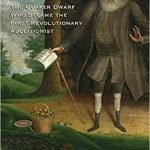 From University of Pittsburgh historian Marcus Rediker, author of The Fearless Benjamin Lay: The Quaker Dwarf Who Became the First Revolutionary Abolitionist. 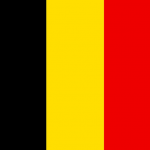 What is “Waiting for sunny days”? It is the collaboration of 3 Belgian music schools: 1234asbl, Music Factory & the “Rock’s cool”. For the first time these schools came together around the same project: that of gathering more than 200 […] 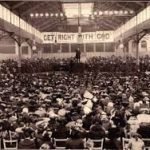 Did Marcus Whitman “save” Oregon? In this episode we talk with Sarah Koenig, author of Providence and the Invention of American History. She tells the story of a Protestant missionary to the Pacific Northwest and how his story provides a […]

A few things online that caught my attention this week: Eric Rauchway reviews Bob Woodward and Robert Costa’s Peril. The N-word in class Is Djokovic the greatest tennis player of all time? Chris Gerhz reviews Ethan Schrum, The Instrumental University: […] 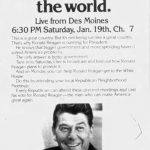 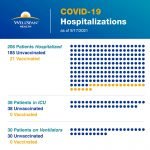 WellSpan Health is a health care system that covers South-Central Pennsylvania and northern Maryland. The WellSpan hospitals released this statement yesterday: As of today, at WellSpan Health hospitals we are now treating over 200 patients for COVID-19 once again and […] 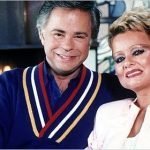 A lot of people are talking and writing about The Eyes of Tammy Faye, a new film on televangelist Tammy Faye Bakker. I hope to see this soon. I am particularly interested in Vincent D’Onofrio‘s portrayal of Jerry Falwell. Over […] 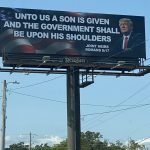 We posted about this blasphemous billboard last week. Heather Greene at Religion News Service has more: The billboard is situated on a well-traveled commuter route in Fort Oglethorpe, Georgia, near the border of Tennessee. Historically known for being the site […] 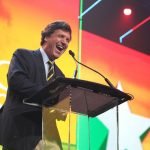 Alex Shephard of The New Republic writes: “He once craved responsibility and tried to give a right-wing audience real news. They didn’t want it. And he adjusted with a vengeance.” Here is a taste of his piece, “How Tucker Carlson […]

I got some time today to look at the recent survey on January 6 conducted by the Public Religion Research Institute. The survey found that 57% of white evangelical Christians believe that liberal or left-wing activists such as Antifa were […] 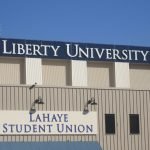 Here is WSLS News: Liberty University resumed in-person classes Monday, following a two-week mitigation period to slow the spread of COVID-19. On September 8, the university reported 463 active cases, with more than 1,800 people instructed to quarantine. “I think it’s too little and late. […] 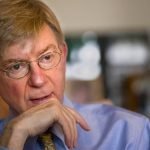 Over at Politico, Zack Stanton asks George Will if “conservatism” means anything anymore. Here is a taste of his interview with the conservative columnist: In your book, you write that “America’s most dispiriting intellectual phenomenon is the degradation of higher […] 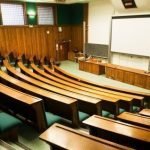 Here is Amma Khalid (Carleton College historian) and Jeffrey Aaron Snyder (Carleton College education professor) at The Chronicle Review: The origins of trigger warnings date to the 1970s, when post-traumatic stress disorder was codified as a psychiatric condition, the symptoms […] 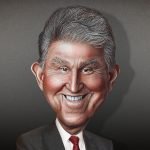 Here is Will Bunch’s piece at The Philadelphia Inquirer on the West Virginia Senator who, along with Arizona’s Kyrsten Sinema, is standing in the way of Joe Biden’s $3.5 trillion “social infrastructure” bill. As the summer of 2021 comes to […]

Here are the most popular Current  features of the last week: Fidel A. Arencillo Jr., Under the Spell of Stupidity Adam Jortner, You Can’t Make Me Wear Pants, Either John Fea, Wearing the Cross of Their Calling Robert Earle Barham, Waking […] 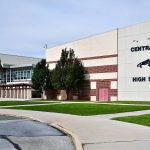 Watch: The list of materials include: A pro-“Black lives matter” blog post from a New Testament professor at Biola University’s Talbot School of Theology. Biola is a conservative evangelical school in Los Angeles. An anti-racism article at the website of […] 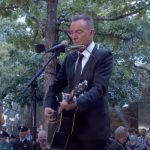 The rumors are circulating. Here is Pete Chianca at Blogness on the Edge of Town: Well, Springsteen on Broadway has ended (again) and the world is timidly opening back up (at least in parts of the world that have managed […]