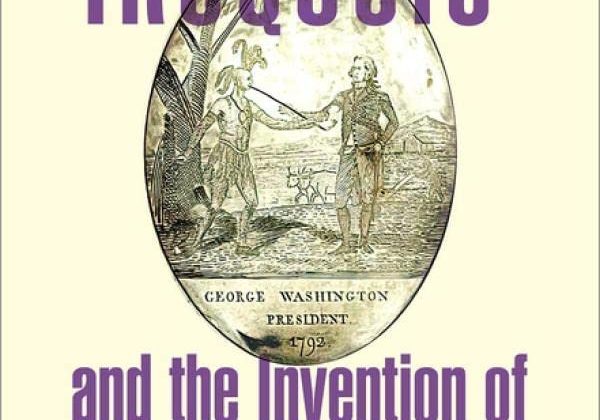 John C. Winters is Assistant Professor History at the University of Southern Mississippi. This interview is based on his new book, “The Amazing Iroquois” and the Invention of the Empire State (Oxford University Press, 2023).

JF: What led you to write “The Amazing Iroquois” and the Invention of the Empire State?

JW: This project actually began as a history of the Haudenosaunee (Iroquois) empire in the 18th century. After a brief and very unsatisfying dig through some archives, I finally forced myself to confront the obvious, and humbling, reality: Francis Jennings in The Ambiguous Iroquois Empire had already answered the question I was asking. But during that research, I was repeatedly encountering Seneca researchers from the past who had asked similar questions of Haudenosaunee history: Arthur Parker, Harriet Converse (a Seneca adoptee), and Ely Parker. Curiosity drove me to pursue their stories, and I eventually added Red Jacket to the mix. With that, I realized that I had stumbled into a fascinating one-hundred-and-fifty-year legacy of a Seneca family who had influenced New Yorkers through everything from diplomacy to pioneering museum exhibitions. This was nothing like the indigenous history I was used to reading, and I was hooked.

JF: In 2 sentences, what is the argument of “The Amazing Iroquois” and the Invention of the Empire State?

JW: This book traces the history of an extended Seneca family from the American Revolution to the Cold War. From pioneering museums to diplomacy, this family spent their lives telling Haudenosaunee stories on the Seneca’s own terms and, in so doing, ensured that the Iroquois became an indelible part of New York’s cultural identity and exceptionalism as the “Empire State.”

JF: Why do we need to read “The Amazing Iroquois” and the Invention of the Empire State?

JW: This book does not only foreground indigenous historical figures or their resistance to settler colonialism (though it does that, too), but it also shows how each member of this Seneca family were historical agents who shaped aspects of white colonial culture in their own peoples’ image, and did so on their own terms. In addition, because the periodization extends from the American Revolution to the Cold War, this book encourages us to break away from that ill-conceived yet stubborn belief that the only era in which eastern indigenous peoples had any impact on American history was before Indian expulsion in the 1830s.

JW: I grew up interested in politics and had some interest in history thanks to my father, but it was not until after college that I turned to academic history. After four years at Rowan University, I worked as an assistant brewer at a local microbrewery in New Jersey (my home state). To fill the down time while the water came to a boil, the hops did their work, etc., I found myself reading some random history books I found on the brewery book shelf. I became obsessed with them, enrolled in some post-baccalaureate history classes to learn more, and here I am today!

JW: I have a few, but the main one is a project on Native Americans and their influence on the myths and memories of the American Revolution in the antebellum era.