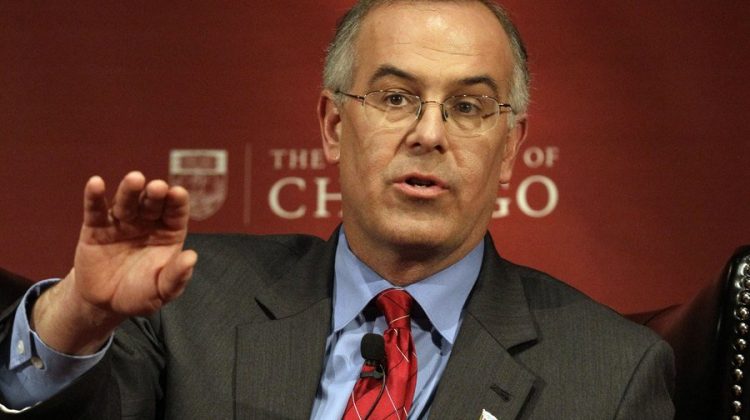 New York Times columnists Bret Stephens and David Brooks, both conservatives, reflect on what has happened to the Republican Party. It’s a fascinating discussion. Here is a taste:

David Brooks: My thinking about the G.O.P. goes back to a brunch I had with Laura Ingraham and Dinesh D’Souza in the ’80s that helps me see, in retrospect, that people in my circle were pro-conservative, while Ingraham and D’Souza and people in their circle were anti-left. We wanted to champion Edmund Burke and Adam Smith and a Reaganite foreign policy. They wanted to rock the establishment. That turned out to be a consequential difference because almost all the people in my circle back then — like David Frum and Robert Kagan — ended up, decades later, NeverTrumpers, and almost all the people in their circle became Trumpers or went bonkers.

Bret: Right, they weren’t conservatives. They were just illiberal.

David: Then in 1995 some friends and I created a magazine called The Weekly Standard. The goal was to help the G.O.P. become a mature governing party. Clearly we did an awesome job! I have a zillion thoughts about where the Republican Party went astray, but do you have a core theory?

Bret: I have multiple theories, but let me start with one: The mid-1990s was also the time that Newt Gingrich became speaker of the House and Fox News got started. Back then, those who were on the more intelligent end of the conservative spectrum thought a magazine such as The Weekly Standard, a channel such as Fox and a guy like Gingrich would be complementary: The Standard would provide innovative ideas for Republican leaders like Gingrich, and Fox would popularize those ideas for right-of-center voters. It didn’t work out as planned. The supposed popularizers turned into angry populists. And the populists turned on the intellectuals.

To borrow Warren Buffett’s take about investing, the conservative movement went from innovation to imitation to idiocy. It’s how the movement embraced Donald Trump as a standard-bearer and role model. All the rest, as they say, is Commentary.

David: I think I’d tell a similar story, but maybe less flattering to my circle. The people who led the Republican Party, either as president (Ronald Reagan through the Bushes), members of Congress (Jack Kemp, John McCain, Paul Ryan) or as administration officials and intellectuals (Richard Darman, Condi Rice) believed in promoting change through the institutions of established power. They generally wanted to shrink and reform the government but they venerated the Senate, the institution of the presidency, and they worked comfortably with people from the think tanks, the press and the universities. They were liberal internationalists, cosmopolitan, believers in the value of immigration.

Bret: I’d add that they also believed in the core values of old-fashioned liberalism: faith in the goodness of democracy, human rights, the rule of law, free speech, political compromise, the political process itself. They believed in building things up, not just tearing them down. I would count myself among them.

David: Then the establishment got discredited (Iraq War, financial crisis, the ossifying of the meritocracy, the widening values gap between metro elites and everybody else), and suddenly all the people I regarded as fringe and wackadoodle (Pat Buchanan, Donald Trump, anybody who ran CPAC) rose up on the wave of populist fury.

Everybody likes a story in which the little guy rises up to take on the establishment, but in this case the little guys rode in on a wave of know-nothingism, mendacity, an apocalyptic mind-set, and authoritarianism. Within a few short years, a somewhat Hamiltonian party became a Jacksonian one, with a truly nihilistic wing.

Bret: Slightly unfair to Jackson, who at least opposed nullification, but I take your overall point.