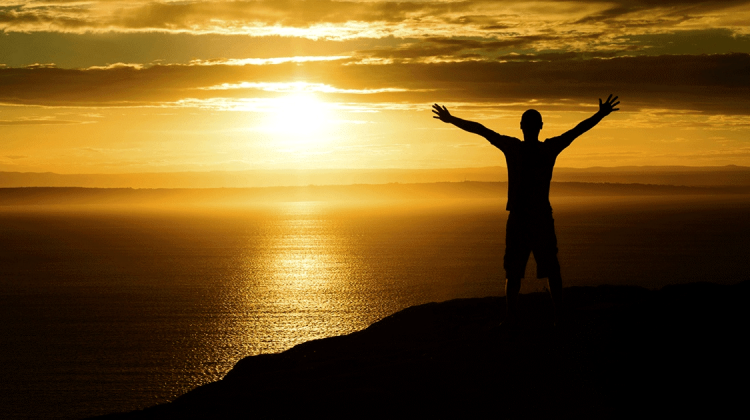 Check out Molly Worthen‘s piece at The New York Times, “How Would You Prove That God Performed a Miracle.” The essay features Indiana University professors Josh Brown (neuroscience) and Candy Gunther Brown (religious studies) and their research into miracles. Here is a taste:

Josh Brown directs the program in neuroscience at Indiana University Bloomington. He has published dozens of articles on topics like the neural basis of decision making in the brain. He has wire-rimmed glasses and a calm, methodical way of speaking. And after almost two decades of keeping relatively quiet, he is now speaking openly about his most surprising research finding: He believes that God miraculously healed him of a brain tumor.

Christmas is a time when miracles happen, according to the Hallmark cards and cartoon specials. But Dr. Brown and his wife, Candy Gunther Brown, who did her doctorate in religious studies at Harvard and is also a professor at Indiana, believe that God does intervene to cause miraculous healing, all the time. Partly to understand the healing that shocked their family, they have traveled as far afield as Brazil and Mozambique to collect documentation purporting to link Christian prayers and revivals to sudden, inexplicable medical recoveries. But is it possible to prove that a miracle happened? Is it dangerous to even try?

We are not talking about metaphorical, wow-what-luck, “I can’t believe I got that parking space” sorts of miracles. The Browns seek out stories of healings that are impossible to account for by natural means, based on current medical knowledge (although they believe that God mostly heals through modern medicine). “I don’t see a conflict between investigating matters of neuroscience and investigating claims of divine healing,” Josh Brown told me. “The question is always empirical: What does the evidence say about what happened?”

Polls suggest that about half of American scientists and three-quarters of doctors believe in a higher power. But the Browns are among the few who refuse to compartmentalize their faith — who treat God’s supernatural action as a legitimate object of research. This can be unnerving, especially in an era of anti-vaxxers, climate change denialism and the replication crisis that has shaken the social and medical sciences. Public trust in scientific expertise is already wobbly.

But the Browns’ experiences and research — not to mention the abundance of healing testimony from other witnesses, especially outside the West — deserve serious consideration. Watertight proof of divine causation may be an impossible goal, but the search for it forces us to confront the assumptions that prop up our own worldviews — whether one is a devout believer or a committed skeptic.

Candy Brown was nine months pregnant when her husband had a seizure in the middle of the night. “I went to bed, and when I woke up the next morning, I was in an ambulance,” he said. Two and a half weeks later, newborn in tow, they got his diagnosis: an apparent brain tumor called a glioma. (He provided The New York Times with medical records to support this account.) He was 30 years old. “Chemo, radiation and surgery don’t statistically prolong the life span with what I had. There was nothing to do but get ready to die, basically.” Doctors prescribed no treatment other than anticonvulsant medication to manage symptoms.

The Browns grew up in Christian families but not the sort that expected God to intervene ostentatiously in modern life. Still, he was desperate. He started traveling the country seeking out Christian healing revivals, dragging along his wife and baby daughter. “I needed to find out what was going on,” he said. “If there was any reality to it, I wanted a miracle.”

Candy Brown recalled more disturbing details: the morning after her husband’s diagnosis, they began to pray together, but mentioning the name of Jesus seemed to trigger a frightening physical response. “Josh shoots out of bed, starts turning somersaults,” she said. “I’d say, try worshiping Jesus, and he couldn’t say the name Jesus. I was thinking of the herd of pigs,” she said, recalling the unlucky swine run off a cliff by demon possession in the Gospels. “He was hoarse and exhausted. For that 45 minutes, there was such a palpably evil presence in that room that hated the name of Jesus. If I ever had doubted whether Jesus was real, I couldn’t now.”

Josh Brown began traveling with healing missionaries. He told me he saw things he couldn’t explain — like a blind man on a street in Cuba who appeared to instantly regain his sight after missionaries prayed for him. Months later, after many sessions of prayer for healing and deliverance, an M.R.I. revealed that his tumor had turned into scar tissue.

He quickly volunteered to me that he never had a biopsy, but doctors often diagnose this type of tumor on the basis of M.R.I.s and the patient’s symptoms. “One way or another, the tumor went away,” he said. “I’ve been symptom-free for 19 years. The doctors said very little.” The Browns felt grateful — and perplexed. “At that point I wondered why, when I had seen so many things that seemed miraculous and difficult to explain, why was there so little careful investigation of these things?” he said.

In 2009, on a grant from the John Templeton Foundation, the Browns flew to Mozambique to investigate the healing claims of Global Awakening and Iris Global, two ministries focused on healing and revival. They brought audiometry equipment and eye charts to test people who requested prayer for deafness and blindness. The sample size was small — they tested 24 people — but they found statistically significant improvement beyond placebo effects and hypnosis.

“I was standing right there next to this woman who could not tell how many fingers were held up when you were a foot in front of her,” Candy Brown told me. “Then five minutes later, she’s reading an eye chart with a smile on her face.” She and her colleagues published the results in The Southern Medical Journal — not a prestigious publication but a respectable one with peer review — and she drew on the research for her 2012 book, “Testing Prayer.”

Read the rest here. Listen to an interview with the Browns at a podcast sponsored by the Vineyard USA.