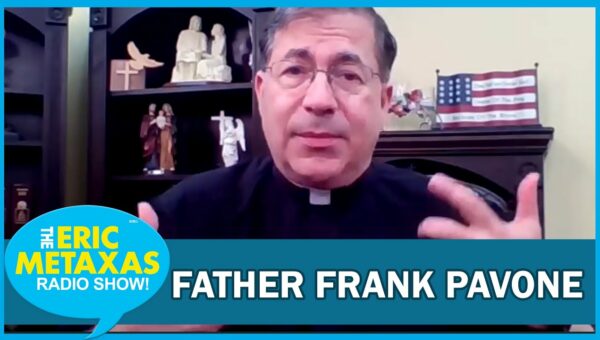 The pro-life election denier and MAGA priest is no longer a Roman Catholic priest. Here is the Los Angeles Times:

The Vatican has defrocked an anti-abortion U.S. priest, Frank Pavone, for what it said were “blasphemous communications on social media” and “persistent disobedience” of his bishop, who repeatedly told him to stop his partisan activism for Donald Trump.

A letter to U.S. bishops from the Vatican ambassador to the U.S., Archbishop Christophe Pierre, obtained Sunday, said that the decision against Pavone, who heads the anti-abortion group Priests for Life, was made Nov. 9, and there is no opportunity for an appeal.

Pavone has been in conflict with the bishop of Amarillo, Texas, for more than a decade over his pro-life and political activities, which came to a head in 2016, when he put an aborted fetus on an altar and posted a video of it on two social media sites. The video was accompanied by a post saying Hillary Clinton and the Democratic platform would allow abortion to continue, and Trump and other Republicans wanted to protect the unborn.

Before that, Pavone successfully appealed 2011 restrictions on his ministry that had been instated by Amarillo Bishop Patrick Zurek.

Pavone in 2020 disputed the outcome of the presidential election won by Joe Biden. Ahead of the election, the Amarillo diocese denounced Pavone’s use of social media for political ends, distanced the diocese from him and said his positions weren’t consistent with Catholic teaching.

Pavone was allowed to move to Colorado Springs, Colo. His Twitter handle features him wearing a “MAGA” hat with a background photo of Trump, who is praised by many conservatives for his Supreme Court nominees who helped overturn the constitutional right to abortion.

“So in every profession, including the priesthood, if you defend the #unborn, you will be treated like them! The only difference is that when we are ‘aborted,’ we continue to speak, loud and clear.”

He later appeared in a video wearing a black leather biker jacket over his priestly collar, against a faux backdrop of St. Peter’s Basilica, vowing that the anti-abortion “war” would continue and denouncing the “cancel culture” of the church that had persecuted him for decades.

In a statement on his Priest For Life website, he said that his laicization was “the result of an abusive process” and that he was considering unspecified legal action against unnamed U.S. bishops.

We included a Pavone tweet (below) in a post on the evangelical response to the FBI execution of a warrant on Mar-a-Lago in August 2022: