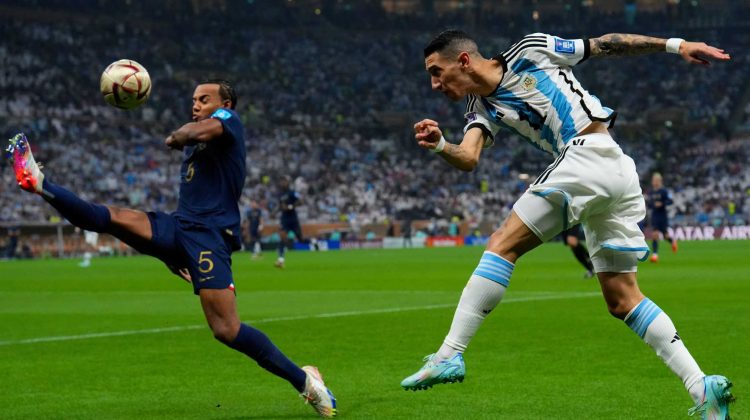 Earlier today I wrote a few words about the World Cup in a blog post on Pope Francis. But I would be remiss if I did not share sports historian Amy Bass‘s piece published today at CNN.COM.

Here is a taste of “We witnessed the greatest sports championship game in history“:

American sports fans, if you don’t love soccer now (and yes, you can call it that — this whole “football versus soccer” thing is just stupid and unbecoming to global society), there might be no hope for you.

Argentina’s shootout victory over defending champion France in the men’s World Cup final on Sunday at Lusail Stadium in Qatar was a showdown between two of the most powerful soccer cultures in the world. And it didn’t just deliver: It created possibly the greatest championship game in the history of sport.

The World Cup is coming to North America in 2026, so even if you missed Sunday’s clash of the soccer titans, you have four years to get up to speed on why this epic match serves as an exemplar of soccer’s greatness and its power to galvanize a truly global conversation about sport as a vehicle to inspire and transform.

Even before the first touch, the most obvious narratives of this final had already been written. It had been reduced by many as Lionel Messi versus Kylian Mbappé, positioning the teammates at Paris St-Germain (owned by Qatar Sports Investments) as the GOAT and the heir apparent — with Messi likely in his last dance, while Mbappé, already a champion four years ago when he was just 19, has so much more ahead.

For most of the match, it looked like Messi would grab the one thing missing from his illustrious career, almost casually scoring on a penalty kick just 20 minutes in. As France looked to have almost no control over play, a second goal for Argentina soon followed, a Messi touch on transition building a beautiful sequence — deemed by bestselling writer and soccer nut John Green “one of the greatest works of art our species has ever created” — that allowed Ángel Di María to get the ball inside the net.