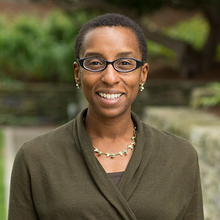 Here is The Harvard Crimson:

Claudine Gay will serve as the 30th president of Harvard University, becoming the first person of color to hold the school’s top post, the University announced Thursday, concluding a five-month search.

Gay, the current dean of Harvard’s Faculty of Arts and Sciences, will succeed Harvard President Lawrence S. Bacow, who announced plans to step down in June.

Before serving as the dean of FAS, Gay was the dean of social sciences. She joined the Harvard faculty as a Government professor in 2006 after teaching at Stanford University. Gay is an alumna of the University — she earned a Ph.D. in Government from Harvard in 1998.

Gay will take over in Massachusetts Hall on July 1.

“We are confident Claudine will be a thoughtful, principled, and inspiring president for all of Harvard, dedicated to helping each of our individual schools thrive, as well as fostering creative connections among them,” Pritzker wrote.