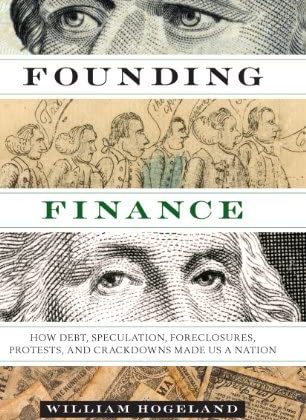 Over at Jacobin, historian William Hogeland discusses his ongoing work on “workers” and “elites” in the late eighteenth century. Here is a taste of his interview with Astra Taylor:

ASTRA TAYLOR: Can you talk about what your narrative of America’s founding emphasizes that mainstream ones typically don’t, and how the story you tell challenges both right-wing and liberal claims about this period and about the Constitution?

WILLIAM HOGELAND: Class conflict is not just one of a number of interesting conflicts that, for me, begin the founding of the country, but a main driver of forming the nation. The significant central story, really.

That doesn’t mean it’s the only story, but since it’s constantly overlooked and dismissed, I began to think that actually it must be the central story or people wouldn’t be trying so hard to get it out of the way. The book we’re talking about was published ten years ago, and I was writing very directly about current politics — the Occupy movement, the Tea Party movement — in the context of the founding moment.

I have a forthcoming book, which develops some of these themes to another level. Some of its material that’s already been covered in The Whiskey Rebellion, my first book, Founding Finance, and Declaration, my second book — they’re all telling different aspects of the same story.

But here I’m really focusing on [Alexander] Hamilton in more detail—in the Hamilton moment. And again, trying to push back against some of—putting it somewhat crudely—the hero worship and the lack of dimension that’s gone along with the Hamilton craze of recent years.

ASTRA TAYLOR: Your book opens on the first day of the meeting that would become known as the United States Constitutional Convention. It’s the spring of 1787 in Philadelphia. And you make vividly clear that the men gathered really feared democracy. What did they mean by the word democracy? What were they so afraid of? And why do we have to understand that it, to them, did very, very explicitly have an economic component?

WILLIAM HOGELAND: When Edmund Randolph brought the meeting together, he said, you know, the problem we have in this country is that we don’t have sufficient checks on “the democracy.” They were talking about what they saw as excessive representation of the will of ordinary working people in government.

The founders, those people at the convention, were very well-off, well-educated, upscale people. And so that’s what they feared. They feared the advance of working people into government, which had been happening because of the need for majority support for the revolution.

We should underscore the fact that the movement on behalf of the working class was largely led by white men. It wasn’t what we mean by democracy. Although there were women who led food riots, when you get to the leadership, you find white men like Herman Husband, who you mentioned, and Thomas Paine.